In the frenzied attempts to plan a last-minute getaway to Gascony, we stumbled across a new bed and breakfast that turned out to be the ideal combination of location and comfort for exploring the western part of the Gers Departement.

Chez Brunet opened this season and is located just outside Gondrin. The B&B, or “chambres d’hôtes” is an old farmhouse that has been lovingly renovated by its owners, Andy and Pam, an English couple who began the work three years ago. The buildings are surrounded by fruit trees (apple, fig, nectarine, and peach). 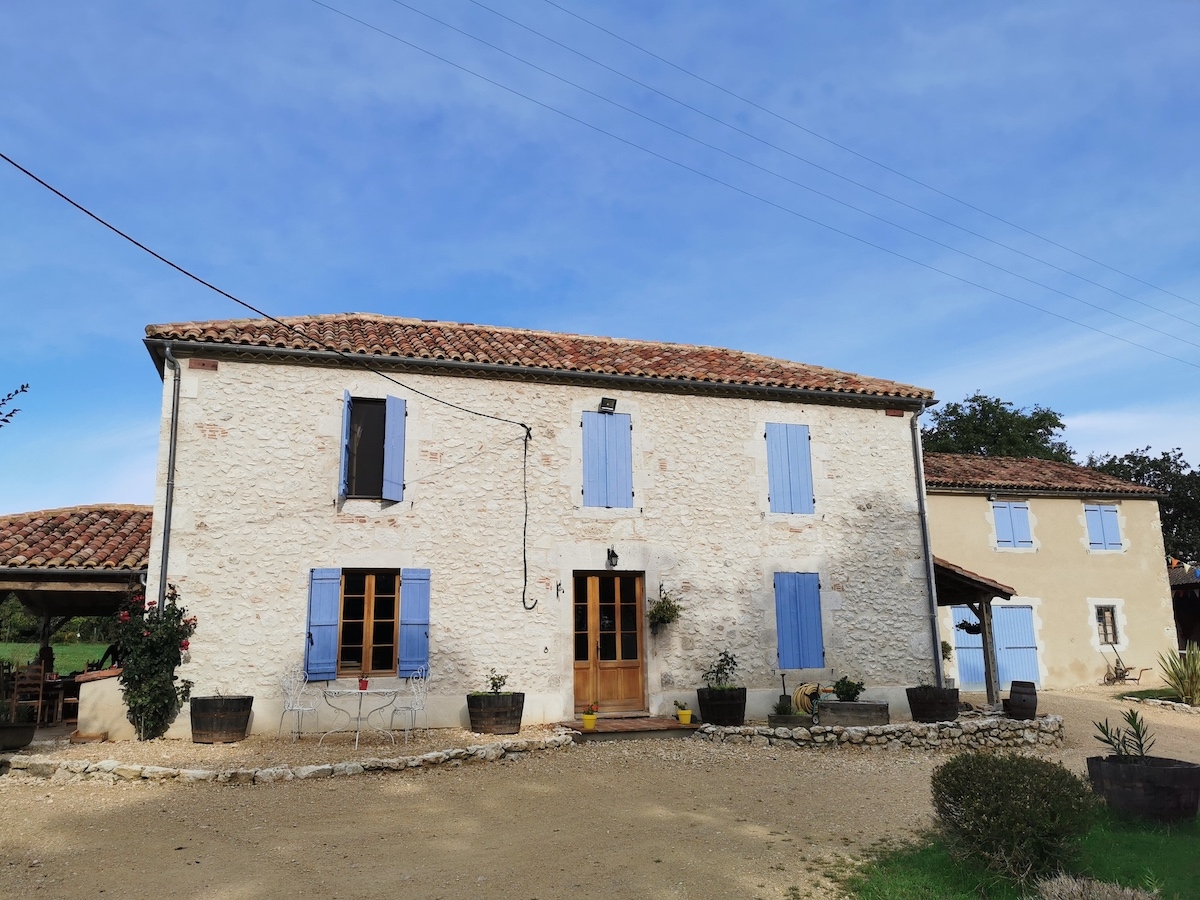 We contacted Andy and Pam on Thursday and arrived on a Saturday for a week-long stay. We’ve spending a fair bit of time in Gers this past year, including an epic birthday party for me last year, but much of those travel has been in the central or eastern part of the Gascogne region.

As hosts go, they were remarkably helpful and welcoming. And they were also gracious about various mishaps during out stay, including some initial chaos about whether we would be able to stay the whole week. We appreciated them being no-pressure and understanding and eventually decided to stay the whole week as originally planned. The right decision for sure.

Chez Brunet offers a couple of accommodation choices. In the main house, where the couple lives, there is also an apartment with a private entrance. The room has a double bedroom, twin bedroom, bathroom and living room. It’s first floor location gives it a grew view over the grounds and vineyards just beyond.

We booked two of the more traditional B&B rooms. These basic rooms, one with two twin beds (for the kids), and another with a double bed. Each room had a small refrigerator, shower, wardrobe, and sitting area. 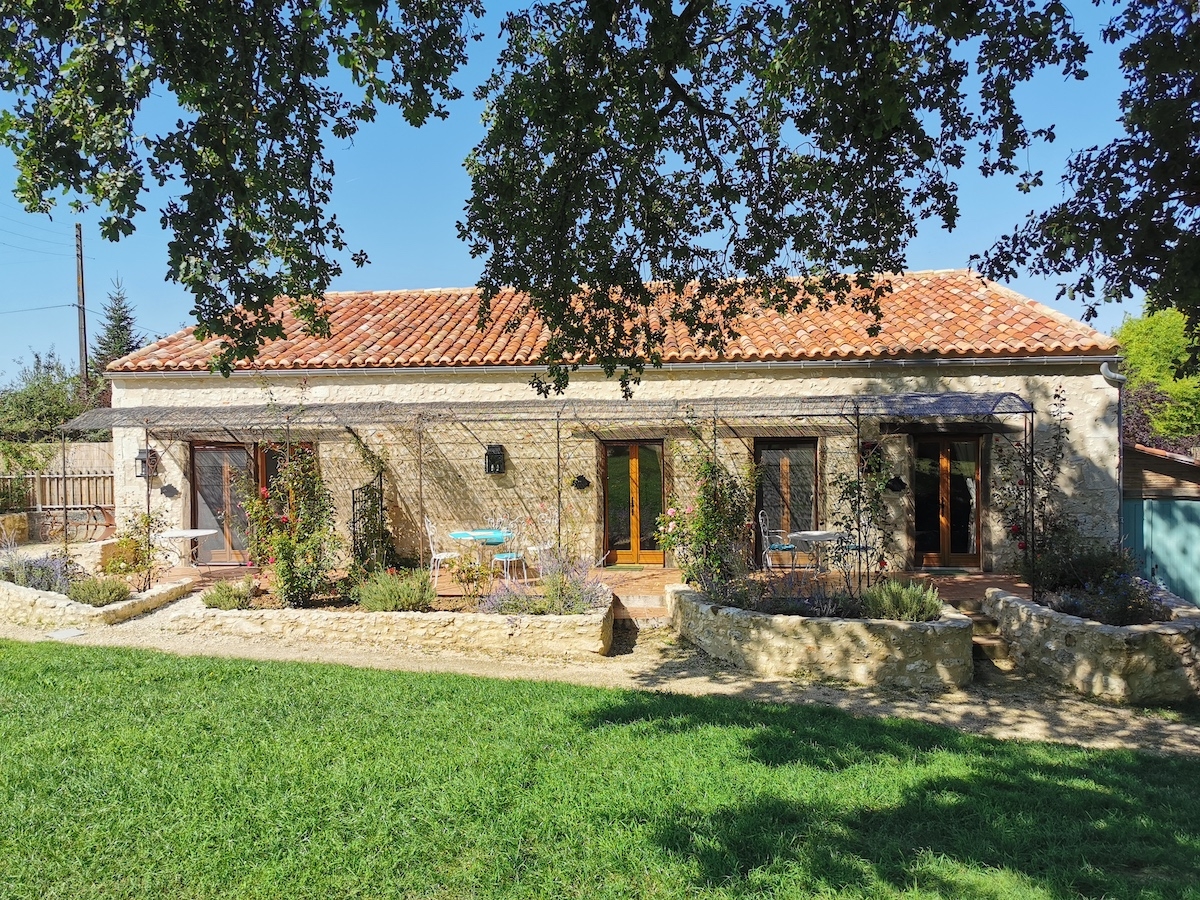 Though I managed to bungle my photos of our room, here are two from Chez Brunet’s Instagram account of the “Athos” room we rented:

We worried a bit about not having a commons area, but it turned out that really the entire B&B was our commons area. Just outside the rooms are little terraces with table and chairs. And just a few steps away it a lovely pool with a dreamy setting of its own.

Breakfast each morning arrived in picnic baskets stuffed with fresh croissants, bread, homemade jam, ham, cheese, yogurt, fresh juice and butter. Sometimes we ate on the terrace, and sometime by the pool.

In addition, there is an outdoor camping-style kitchen where we prepared several meals when we wanted quieter, simple evening. It’s pretty well equipped, though we were glad we brought few kitchen items from home as well.

Finally, not only were our hosts wonderfully upbeat, but they were also incredibly knowledgeable about the region. I’ve found the tourists offices in Gers to be remarkably helpful. That said, Andy and Pam offered us several suggestions that turned out to be highlights. The included letting use their bikes to ride the Argmagnac bike path (La Voie Verte de l’Armagnac), eating at the Sos night market and visiting the hilltop village of Larresingle to eat pizza at L’Estanquet.

All told, the cost was €1,507 for the rooms and breakfast for the week (this was a combination of a discount for booking a week and an extra friend who stayed 2 nights) . For a new beginning, Chez Brunet is off to an impressive start.