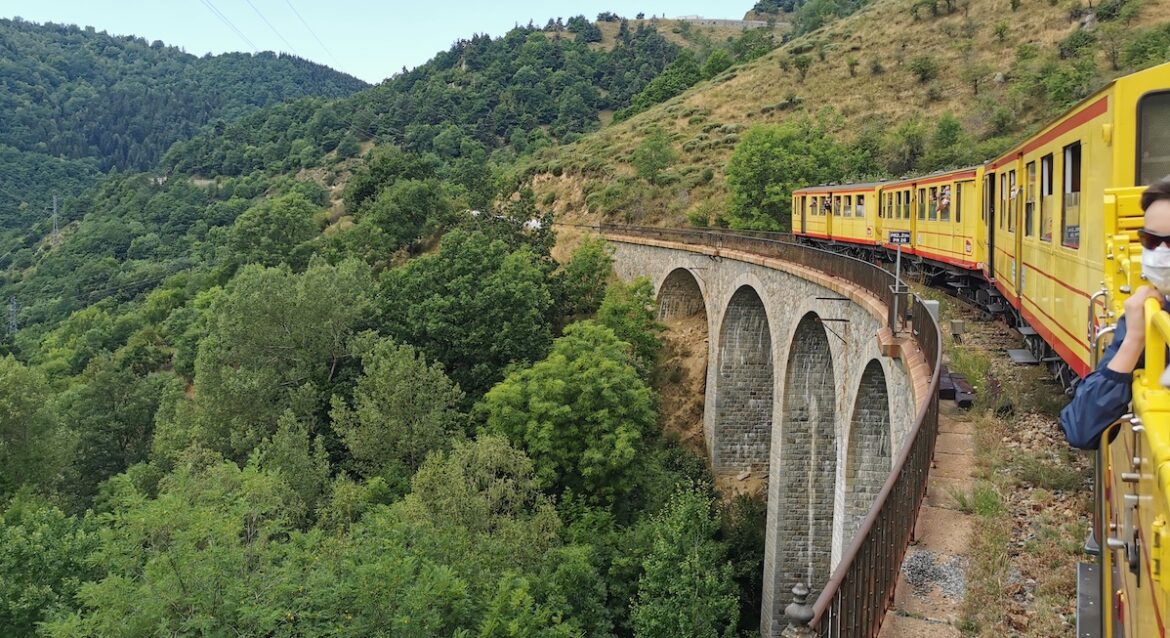 The Pyrénées-Orientales is the far eastern part of the mountain range that stretches across the French-Spanish borders. Having once been part of Spain, it still clings to those roots in calling itself Pays Catalan. Indeed, the Catalan flag is as common as the French flag in this region.

At that far eastern edge, there are spectacular beaches. But during a two-week trip last summer, we spent most of our time exploring its natural wonders further inland. This includes some of the best thermal baths we have found in France. Not only did we visit a couple of thermal stations, but we also wandered out into the wilderness and found some of the natural hot springs flowing from sources right out of the ground. People have improvised stone pools to capture the water. Hikers jealously guard the exact locations, so you have to do some detective work to find them. But it was well worth the effort. (See photo above and more details here.)

We got to one such hot spring via the region’s famed Yellow Train, which takes passengers across some viaducts that afford panoramic views of the mountain landscape.

We also hiked up to get the spectacular overlook of the Saint-Martin du Canigou monastery. The P-O, as people like to call it, was one part of the Pyrénées we hadn’t explored previously. But it easily registers as one of the most spectacular.