The city had been running a design competition with the goal of reinventing an area famous for this icon, but which can often be clogged with cars and tourists. While the project will eventually cover 54 hectares, the city hopes to have Phase I completed before it hosts the Summer Olympics in 2024.

Along with the winning selection, the city and the firm released renderings, including a video, of what the area will look like. 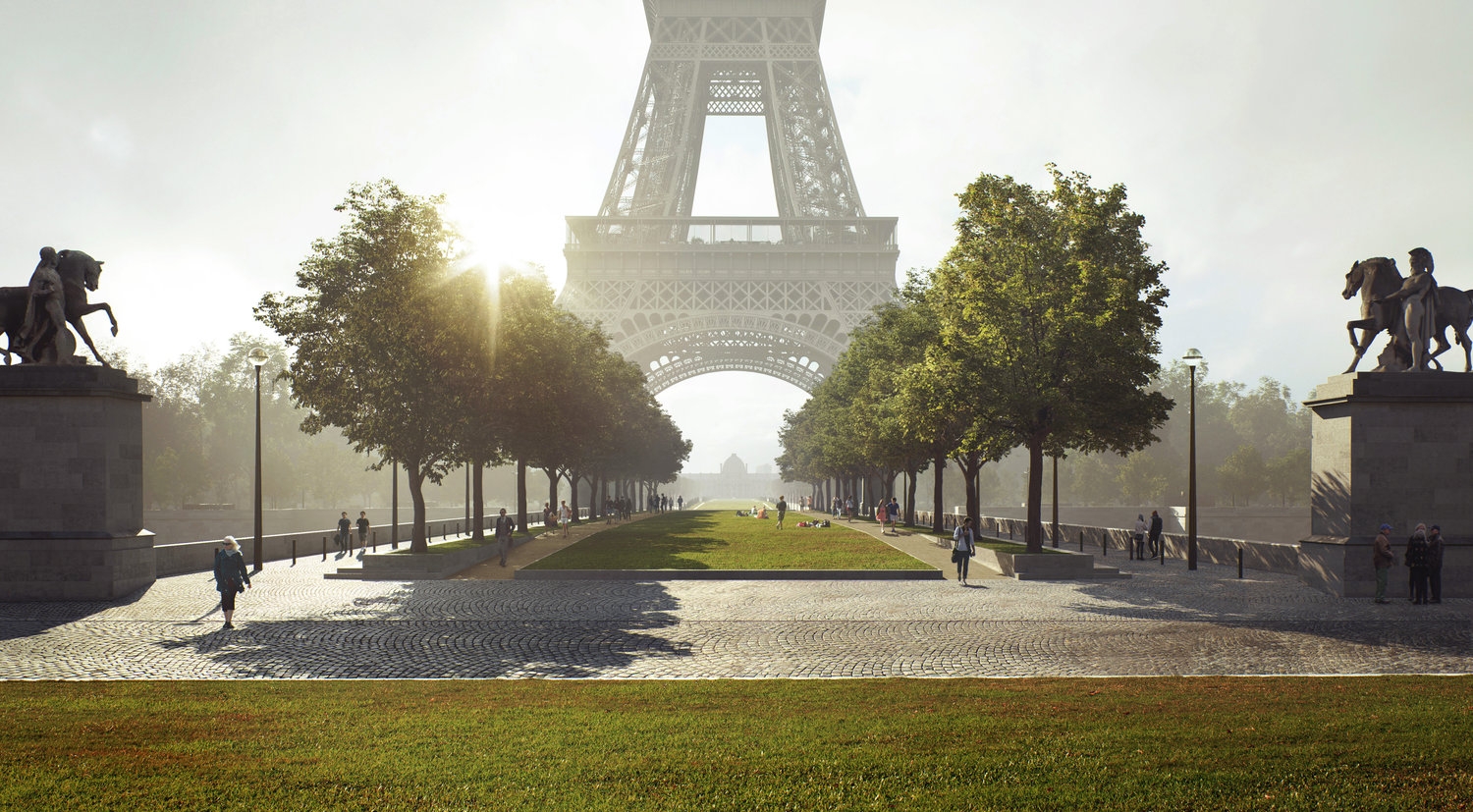 We were just walking through this area last week, and indeed it seems to be a mishmash of stuff that doesn’t really connect to the Eiffel Tower, or feel like a pleasant place to linger.

Or, as Gustafson described it:

Every year 30 million people visit the Eiffel Tower, situated at the heart of Paris. Seven million choose to ascend the monument for soaring views over the city. One of the most iconic landmarks in the world, the site is a victim of its popularity. Fundamental issues like over-crowding, impaired accessibility, lack of services, and congested gardens have impacted the experience of the Eiffel Tower and its surroundings.

Dubbed “OnE,” the design’s goal is bring coherence and unity with a park that will have the Eiffel Tower as its heart, and stretch to other notable landmarks such as the Place du Trocadéro, the Palais de Chaillot, the Pont d’Iéna, the Champ de Mars and the Ecole Militaire.

The Pont d’Iéna bridge which crosses the Seine River will be restricted to bikes, pedestrians and public transportations. Throughout the large park, there will be a series of smaller, more intimate spaces. In many ways, it reminds me of the fundamental philosophy of San Francisco’s Golden Gate Park.

In any case, it’s a wildly ambitious project, but one that fits the city’s broader goal of reducing the presence of cars and making it more livable. Even more amazing: The city says the company which owns the Eiffel Tower will foot the bill.

Presqu’Île de Crozon camping is a breathtaking introduction to Brittany

What is French whisky? These 5 artisanal distilleries think they know