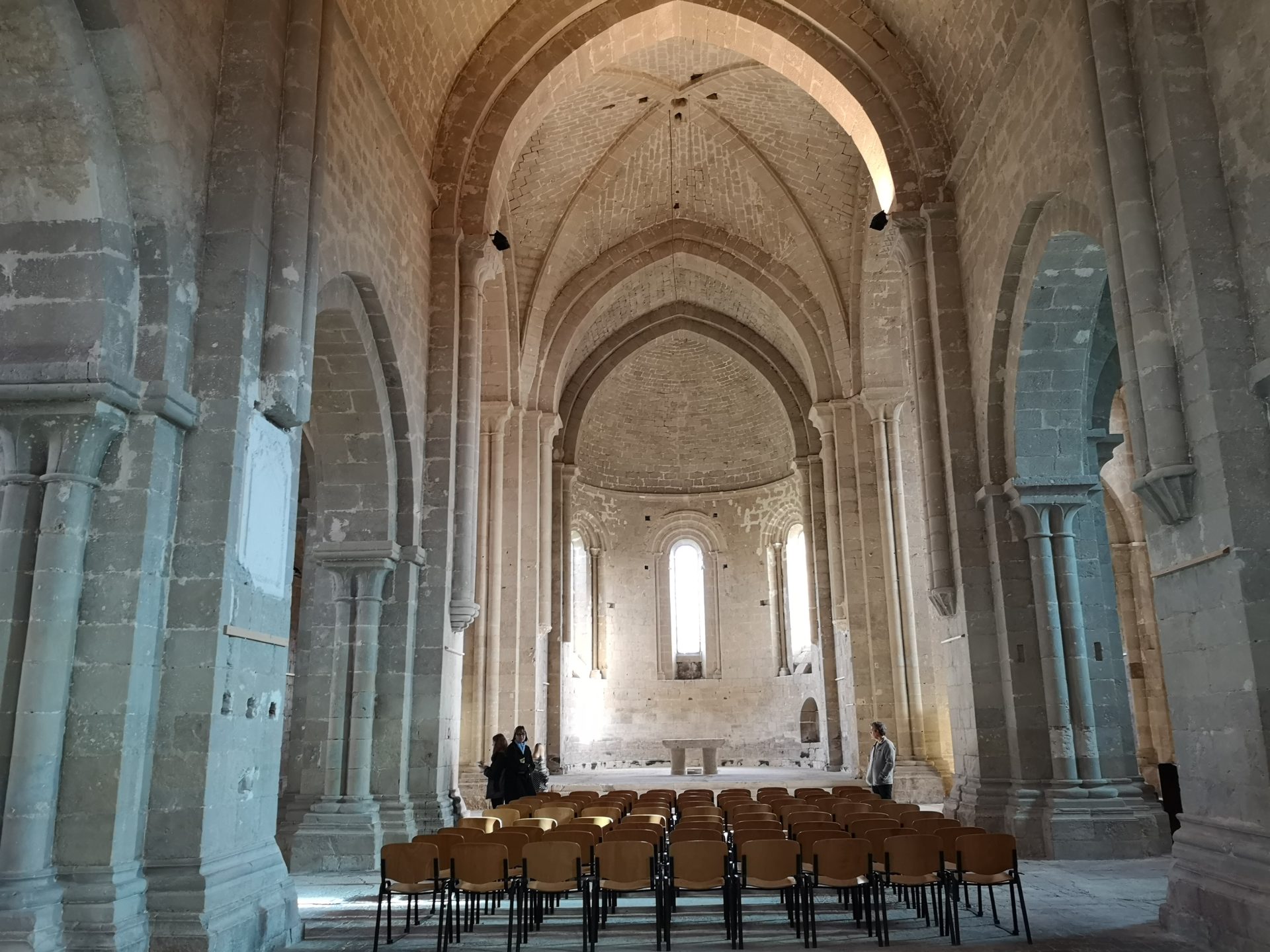 On an early December weekend, I drove from Toulouse to Agen with my daughter to meet my wife at the train station. The official story I had been told was that she had rented a place somewhere for a quiet weekend to celebrate my 50th birthday. Instead, what unfolded was an epic surprise birthday party with old and new friends, armagnac, and the warm, generous culture of Gascony.

Leaving from Agen, I wasn’t even entirely sure which direction I was driving, turned around by the labyrinth of old streets and round points. Eventually, I realized we were headed south, but with night having fallen, and the windy roads of the Gers Departement, I was still decidedly without a clue as to our final destination. We breezed through the town of Condom, a source of endless giggling for my daughter, and eventually pulled into a country inn called La Ferme de Flaran.

As I climbed out of the car, my wife and daugther were chatting with some folks who had pulled into next to us. Feeling slightly disoriented and tired from the drive, it took several minutes for me to realize that these are not just some random Anglphones. It was several long-time journalist friends who were somehow, improbably, standing in a remote Gascogne parking lot. I shook over my stupor eventually to realize that this little surprise had been in the works for several months.

We shuffled out bags inside, with me still feeling not an inconsiderable amount of shock. La Ferme was delightful, and the owners and staff beyond friendly, displaying the region’s notable hospitality. After checking into our suite, we gathered at the bar downstairs for a cocktail and drove into the nearby hilltop village of Valence-sur-Baïse.

There is not a wealth of eating options, but we stumbled into Le Massalet, on the main town square, which I later learned was “café-restaurant mythique”, according to La Dépêche newspaper. The Welsh owner and his French wife were very welcoming, and the prices roughly about €13.50 for the menu were reasonable. The mix of English-French was always a good way to ease our U.S. friends into the French eating customs.

The next morning, after a generous breakfast buffet that offered cereal, yogurt, cheese and charcuterie (in addition to the typical French standards of bread-bread-bread-croissant), we set out on a hike. The main attraction in the region is the Flaran Abbey. It’s a 12th century Cistercian monastery that looks remarkably well-preserved. In fact, according to a poster inside, it seems that the monastery fell into private hands last century, and the son of the owner attempted to torch it as part of an insurance scam. After a public debate, the Gers Departement bought it and restored it in the 1970s.

We walked from the Abbey through the surrounding countryside, eventually winding our way up to Valence-sur-Baïse.

So until now, it has been a lovely day. After a quick lunch, we walked back to the inn and took off in a caravan of cars for another unknown destination. The choice of locale was perfect, because I had recently been talking about how we had not spent much time in Gers, despite the fact that it was practically right outside Toulouse. In particular, I was itching to learn more about Armagnac.

And so, of course, it turned out that my wife had scheduled an Argmagnac tasting for us at Le Château de Monluc in Saint-Puy.

As we trundled inside, and I wondered why everyone was being so casual, I was apparently ignorant of the fact that everyone’s phones were dinging from WhatsApp messages flying around. Our group slowly made its way to a back room, where….Surprise!…about a dozen of our friends from Toulouse were awaiting inside. By this point, I was so emotional and confused that it took some time before I could say anything coherent in my meager French.

Once the laughter and giddiness subsided, it was time to get on with the business of tasting. Though this offered its own surprises as well. First, there was the chateau’s sparkling wine, which was quite good, and of which we eventurally bought three bottles.

But next came what is apparently their signature beverage: Pousse Rapière. Now, sometimes when you are on such tours, someone tells you a story that is so potentially outlandish that you want it to be true, whether it is or not. So it was with the origin story behind the Pousse Rapière. Supposedly, one of the former occupants, Blaise de Monluc, was reputed to have brought the first rapière, the long slender Italian sword, to France, which at that time was losing badly in some war or other. Despite its slightness, the rapière had one key advantage: It was slender enough to jab through gap in armor and into an opponent’s neck.

So the Pousse Rapière cocktail is basically an hommage to stabbing someone in the neck. It is actually made from a combination of Pouse Rapière, an Armagnac liqueur, and vin sauvage. Naturally, the chateau will sell you glasses with a rapière logo, in which you fill with the liqueur to the tip of the rapière, and the the rest with bubbly.

Now it was on to Chateau de Cassaigne for Armagnac stop number 2. This tasting was a bit more traditional. There was a brief tour to explain the making of Armagnac and the history of the chateau, originally built as a 13th century abbey.

Then we were ushered into a second room where a table in the center offered several bottles of armagnac. But the drink found itself quickly competing for our attention with several older women gathered at a side table where they were busying demonstrating how to make Croustade, a kind of French apple pie. Peeling, dicing, kneeding the dough, the women had us enthralled as we sipped armagnac. Telling stories, teasing us, cracking jokes, the women churned out one Croustade after another, sliding them in a stone fire oven.

Meanwhile, the Armagnac sat on the table, allowing us to drink at will. It was a decadent end to the afternoon as we made some purchases in the boutique and made our way back to the inn.

After several hours of drinking and eating and drinking, it was hard to believe there was still dinner ahead. We returned to the inn where we gathered in the bar for wine and various appetizers before moving to the main table. It was on the way to sitting that we learned another subtly of French eating rituals: We were expected to have established a seating plan. “Il y a un plan de table?” one guest after another asked. Nope. “Ah, bon? C’est pas grave,” they replied.

From there, the food rolled out over the next three hours. First was the foie gras. Amazingly, this consisted of three slabs, an amount even our French friends commented was a lot. “Trois?”, they kept saying as the plates were placed before them. A couple managed to down all three, but most stopped at one or two. One of our friends even buttonholed a waitress to express her dismay at the copious portions of foie gras.

Next came the main dish: a choice between magret de canard, or fish. And the fish offered a presentation that was…surprising.

I wasn’t sure it would be possible to take things up another notch from there. And then, sure enough the Baked Alaska arrived. Or as I learned that night, what the French call: Omelette norvégienne (Norwegian omelet.)

For a final touch, one of our French friends had made a remarkably authentic and tasty cheesecake. Which was presented with about the only thing missing from the whole day: Massive sparklers.

It was an amazing weekend, a remarkable gift from all the people who came, my wife, and amazing staff of the inn. It also left me looking forward to discovering more of the Gers and the Gascogne region.

On The Trail Of The Cathars In The Aude

A Noël visit to Montepellier

We have stayed a couple of times in the Auberge de Flaran when we were area hunting to live. The Abbey and Chateaux Monluc and Cassaigne are also favourites to visit with friends. We finally settled in 2002 in a little Medieval village called Tillac which lies between Marciac (International Jazz Festival first two weeks of August) and Mirande. We renovated a cottage and old barn into gites and live in a a maison de compagne on the property. Tillac is a lovely village which hosts a classical music festival each year and has its own restaurant bar, butchers and well stocked grocers. An easy going quite life surrounded by the beautiful Gers rolling hills and coountry side.

Sounds lovely! And thanks for the tips. Will be sure to check out all of it. Very much looking forward to exploring more of Gers!