Château de Chambord officials know well that moving a priceless artifact by Leonard da Vinci is every bit as delicate and painstaking as you can imagine. But when the occasion is the massive 500th anniversary celebration for one of the Loire Valley’s most magnificent castles, then having the Italian’s artist’s work on hand seems worth the effort.

To mark the milestone, Chambord is in the process of assembling one of the largest exhibitions ever held at the castle: “Chambord, 1519-2019: utopia at work.” The exhibit runs from May 26 to September 1.

As part of that showing, a series of manuscripts by da Vinci arrived in late May. Those include three original leaflets of the “Codex Atlanticus” that were shipped from the Veneranda Biblioteca Ambrosiana-Pinacoteca of Milan. The Codex is a collection of more than 1,000 pages of drawings and writings by da Vinci about his work across disciplines such as flight, mathematics, botany, and music.

The organizers shared some behind-the-scenes videos and photos of the work involved in transporting such a treasure. The manuscripts arrived in a crate that was opened under the watchful eyes of the exhibition commissioners as well as a curator from the Milan library. 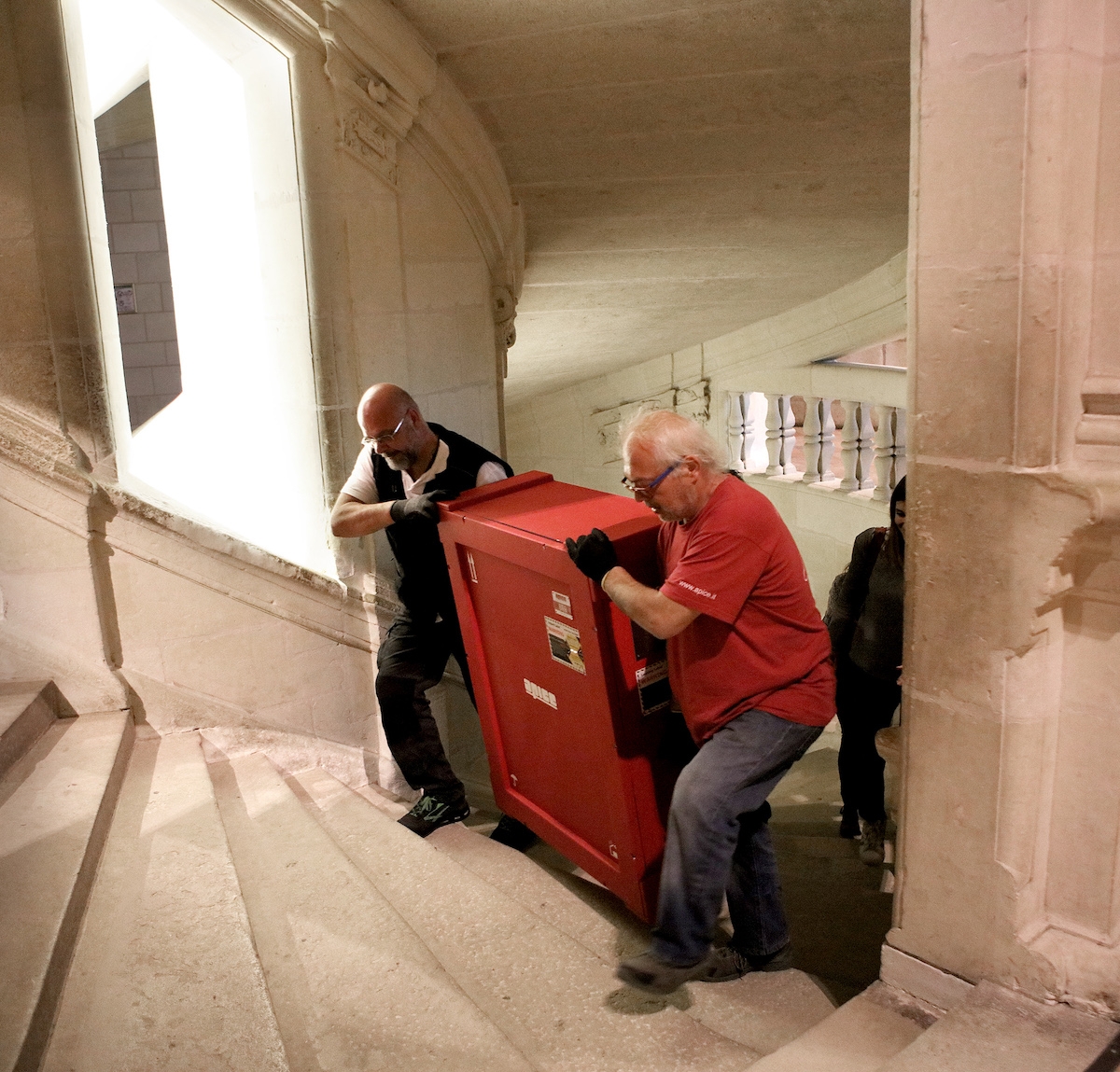 Then followed an intense process of inspecting the work to ensure they had not been damaged in any way. 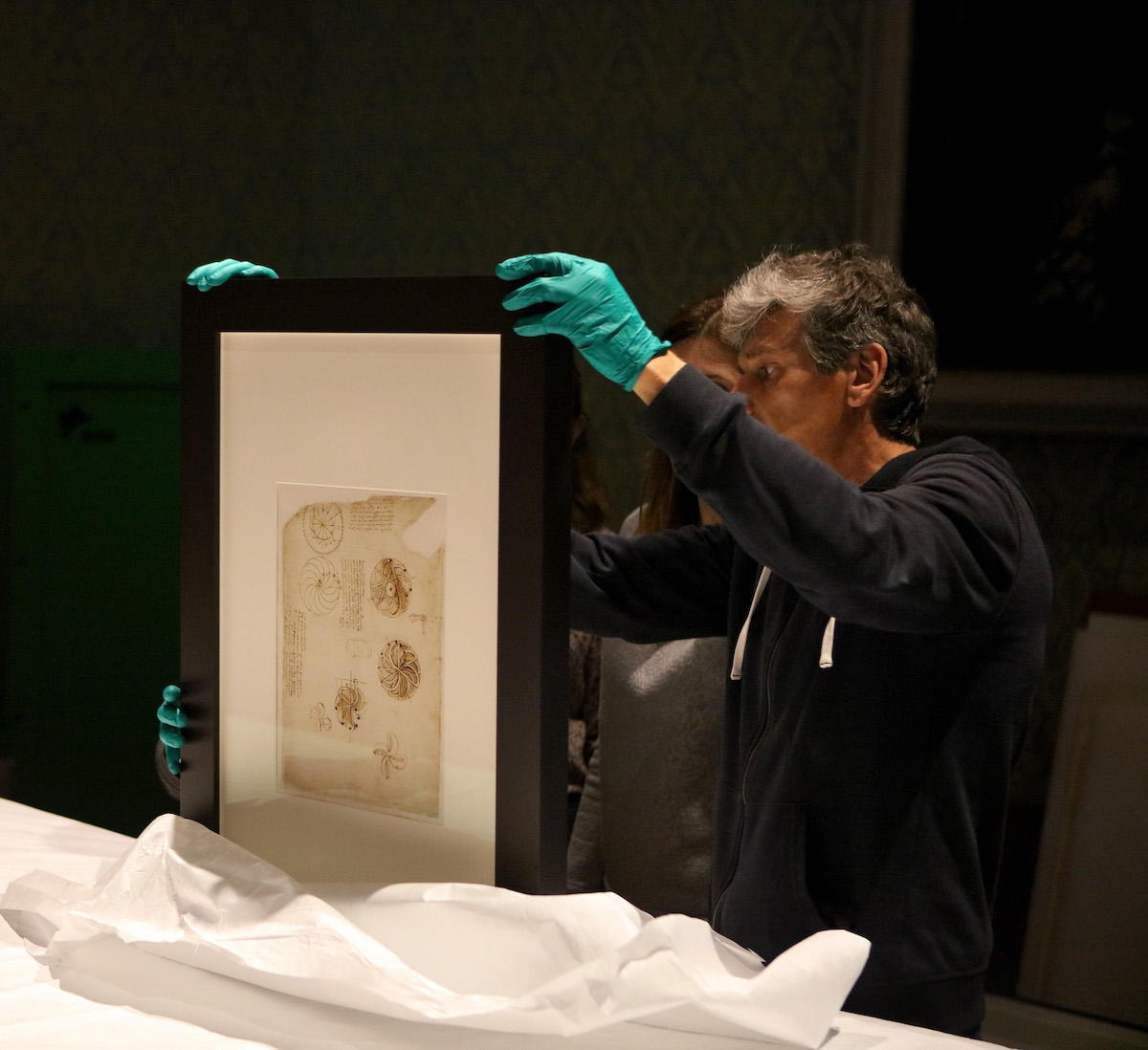 After which, they were hung in a room that is being dedicated to da Vinci as part of the exhibition. 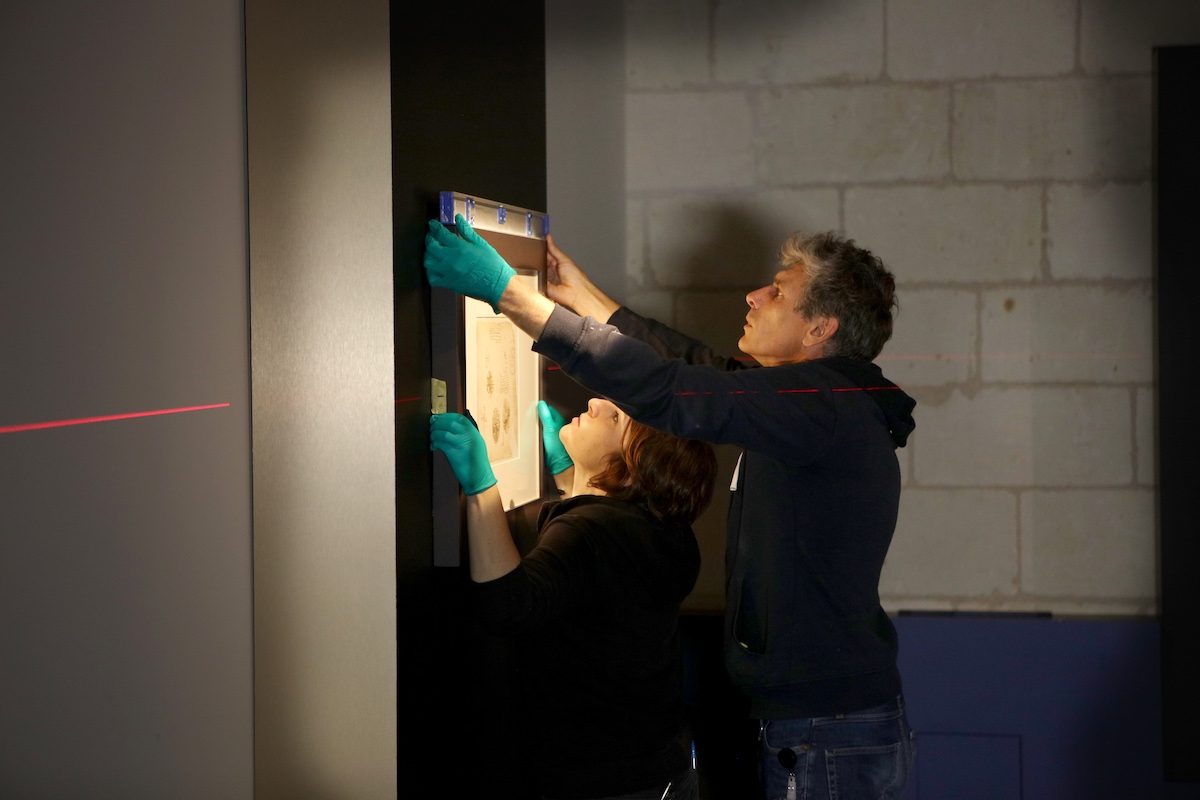 By coincidence, the world just celebrated the 500th anniversary of da Vinci’s passing. He spent the last several years of his life living in the Loire Valley at the Château du Clos Lucé where he died on May 2, 1519.

Inside is found the famous double helix spiral staircase that da Vinci designed.

Naturally, given this and another connections to da Vinci, the organizers wanted him represented at the exhibition.

“Chambord is one of the most beautiful symbols of the artistic and cultural influence of Italy in France,” said Jean d’Haussonville, General Manager of the Domaine de Chambord, said in a statement. “It is the multi-century testimony of perfection that Italian genius and French genius can achieve when they decide to work together. The loan of these three sheets by Leonardo da Vinci is a great act of trust on the part of the Italian authorities and the Veneranda Biblioteca Ambrosiana, which honors the friendship between the two countries.”

We visited Chambord during our bike trip through the Loire Valley two years ago.  It belong’s on anyone’s short list of must-see castles in France.

75th anniversary of D-Day: Reflecting on sacrifice and patriotism at the Normandy American Cemetery

How Did France Become A Nation Of Vaccine...

France May Ban Discrimination Against People With Accents