Stepping inside the Maison Samaran boutique across from Toulouse’s Victor Hugo Marché is more than just a chance to forage for the essential elements of Southwestern French cuisine. It is an opportunity to visit and pay homage to the Mecca of all things duck.

On a recent morning, I arrived and spent a few minutes browsing the display case full of magret de canard, duck thighs, duck confit, duck hearts, and dried duck. On the shelves, there were jars full of cassoulet, duck fat, patés, terrines, and rillettes. I had come to interview the head of this empire, Christophe Samaran who arrived a few minutes later, shook my hand warmly, and led me upstairs to his modest office.

I had requested an interview as part of a story I was writing for San Francisco-based Alta magazine about our misadventures with foie gras since moving from California to Toulouse almost five years ago. I figured if I was going to write about this gourmet substance, then I needed to speak to the man whose parents helped create the modern foie gras industry 50 years ago.

For Christophe Samaran, fiercely proud of his Southwestern roots, the culture, economy and cuisine that has evolved around ducks, particularly foie gras, represents an essential part of this region’s identity, both the people and the land.

“It has always been  a grand part of our cultural heritage,” he said. “We have always grown up with it. We always had foie gras.”

While duck and its various specialties have long been a fundamental piece of France’s Southwestern region, their larger place in today’s modern landscape is due in large measure to Samaran’s parents, Danielle and Pierre Samaran. In 1968, Samaran recalled, they started the business by setting up a shop in essentially the same place as the current location of this boutique.

Ducks were already intertwined with the region’s cuisine. But this was largely also a seasonal food, with the ducks raised in the summer and spring, and then sold and butchered in the fall to make things like foie gras and magret de canard for the holiday and winter seasons.

So Pierre began organizing a network of farmers to raise the ducks throughout the year, with the promise that he could then help sell their products to local shops and restaurants. And gradually over the years, this network of producers began to shift their patterns to furnish ducks every month.

Today, Samaran sits at the heart of this industry in the Southwest.

There is now a booth in the Victor Hugo market, as well as the boutique across the street. Following extensive renovation around Victor Hugo, the street running in front of the boutique has been turned into a pedestrian-only walkway. The Samaran boutique now serves a variety of food. On a recent afternoon, I sat out there with a friend eating duck burgers and potatoes fried in duck fat.

Maison Samaran also has its own slaughterhouses and cannery in Tournefeuille where the ducks are processed and turned into various confections. There is also a market stand Saint-Cyprien and Carmes markets. In addition, there are now shops in Tournefeuille, Sesquières and rue de Remusat in Toulouse.

Altogether, there are about 48 employees. And beyond that, the company sits as the center of a network of farms raising the ducks that stretch across the Tarn, Haute-Garonne and Gers departments that provide about 3,000 ducks a week, Samaran said. Besides selling direct to customers, Samaran ships across France, as well as to restaurants in Copenhagen and Hong Kong.

Of course, the occasion of our conversation was the California ban on foie gras, which Samaran not surprisingly found disappointing. For one thing, he differentiates between large, industrial farming operations in some countries that use a far more intensive feeding process (the “gavage”) to fatten the animals more quickly. Samaran said all their operations and partners have deep respect for the animals, who are free to roam, and then experience a more gradual, less intense fattening process.

“I don’t defend the from the industrial gavage where they mistreat animals,” he said. “Even if it is eaten by some, it’s quality is worth zero when it comes from places like Hungary or Bulgaria.”

In addition to being free range, they are feed strictly natural products like corn. “One must respect the animal and respect the product, something we insist on with all of those partners who raise the animals,” Samaran said.

As such, Samaran talks about his business as artisanal, rather than industrial, favoring quality over quality. That also means the resulting products are more costly.

“For the texture of the foie gras and the smell, it is also more expensive,” he said. “It’s about 30% more expensive, but the result for us was that we managed to create a superior brand compared to others.”

But Samaran’s passion for all of this runs deeper than someone just developing a business strategy. Maison Samaran is a great example of the way that people, the land (“terroir”), the animals, and the economy are all intertwined at a fundamental level. These things are inseparable. The things that are made and sold are spoken of with some reverence, of being of the “terroir.”

In the case of ducks, that link comes from the fact that the animals thrive in the Southwestern climate. It is not too hot in the summer, not too cold in the winter, and not too rainy in places like Gers. The land and the feed add to this ripe combination that seems to form a bond between ducks and the Southwest. “I don’t think its chauvinism to say the best ducks come from the Gers,” Samaran said.

Not only do those ducks provide a living, but the conventional wisdom in the Southwest is that they also are good for your health. It is true that duck fat is higher in what doctors consider to be the “good cholesterol,” better than say butter or even olive oil. People down here insist that citizens in the Gers and surrounding departments live the longest in France because they cook everything in duck fat. Now, I’ve never been able to find any statistics to support that, but it probably wouldn’t matter in this region because it has simply been embraced as an incontrovertible truth.

“It’s very good for your health,” Samaran said. “The people of the Gers live the longest because they cook with duck fat and it doesn’t block the arteries.” 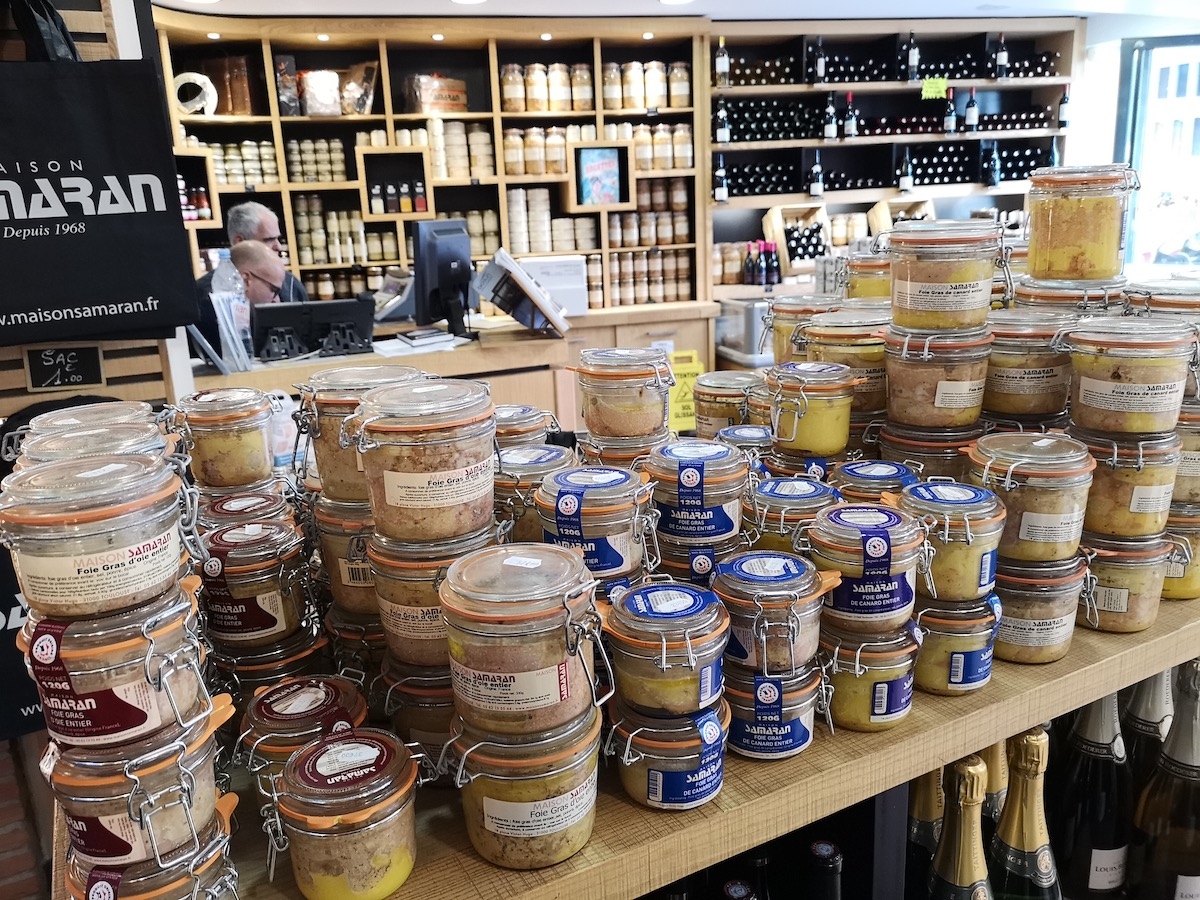 As the interview ended and we were walking out, Samaran was very insistent on this last point. He reached onto one of the shelves, grabbed a jar of duck fat, and pushed it into my hand, insisting I take it home as a gift. He said it was the only way to cook potatoes.

“Tell your wife that she should try this little pot of fat,” he said. “You take a spoonful and put it in the frying pan.”

Of course, we did try it. And it was glorious. So I have been fully converted to the duck fat cause. And even if the health claims are less than rock solid, the taste is so so good that I’m that becoming a lifelong test subjects seems well worth the risk.

How to spend 36 hours in Toulouse