Presqu’Île de Crozon camping is a breathtaking introduction to Brittany

Presqu’Île de Crozon in the Brittany region turned out to be the perfect place to finally indulge our love of camping in France.

Avid campers in California before moving to France four years ago, we had shipped enough camping equipment with us to stage an invasion of a small island nation. But since arriving, our jumble of family tents, sleeping bags, and campfire cooking equipment had sat unused and silently taunting us in a closet.

In part, that was because we were having a hard time grasping the French camping scene. We were accustomed to either hiking into the wilds and pitching a tent or reserving a spot in a national or state park. Neither really seemed to be a popular or easy option here.

Determined to finally break out of our slump, we researched options for Brittany, a vast and wild region that held a strong allure for us.

With a rental car loaded with camping equipment freshly liberated from its closet prison and our two teenagers, we drove north from Toulouse to Crozon, a spot that came highly recommended by numerous French friends. The peninsula sits in the Finistère Departement and reaches out toward the Atlantic Ocean. It’s a lush, green area that is entirely located within the Parc Naturel Régional d’Armorique.

Amorique is one of 52 such regional parks in France. But whereas in the U.S. such parks might offer government-run campgrounds, that’s not the case here. Campgrounds are privately owned and operated. And figuring out the differences, and finding one that was as close to nature and as basic as possible took quite a bit of research.

Eventually, we booked four nights in a small family campground called Les Pieds Dans L’eau. (cost: €112.40) While it has sadly closed since we visited, there are several similar low-key options nearby. Les Pieds was basic, with a small campground store, showers and bathrooms, and a choice of pitches just a few hundred feet off the water. This would give us three full days to explore Crozon.

Each morning we climbed out of the tent and looked across the water to Brest. As this was July, the nights stretched until almost 11 p.m., delivering lingering sunsets that gradually cascaded from fiery reds and yellows to violet and soft blues. We weren’t in the remote wilderness, but this was an immensely satisfying spot for car camping. 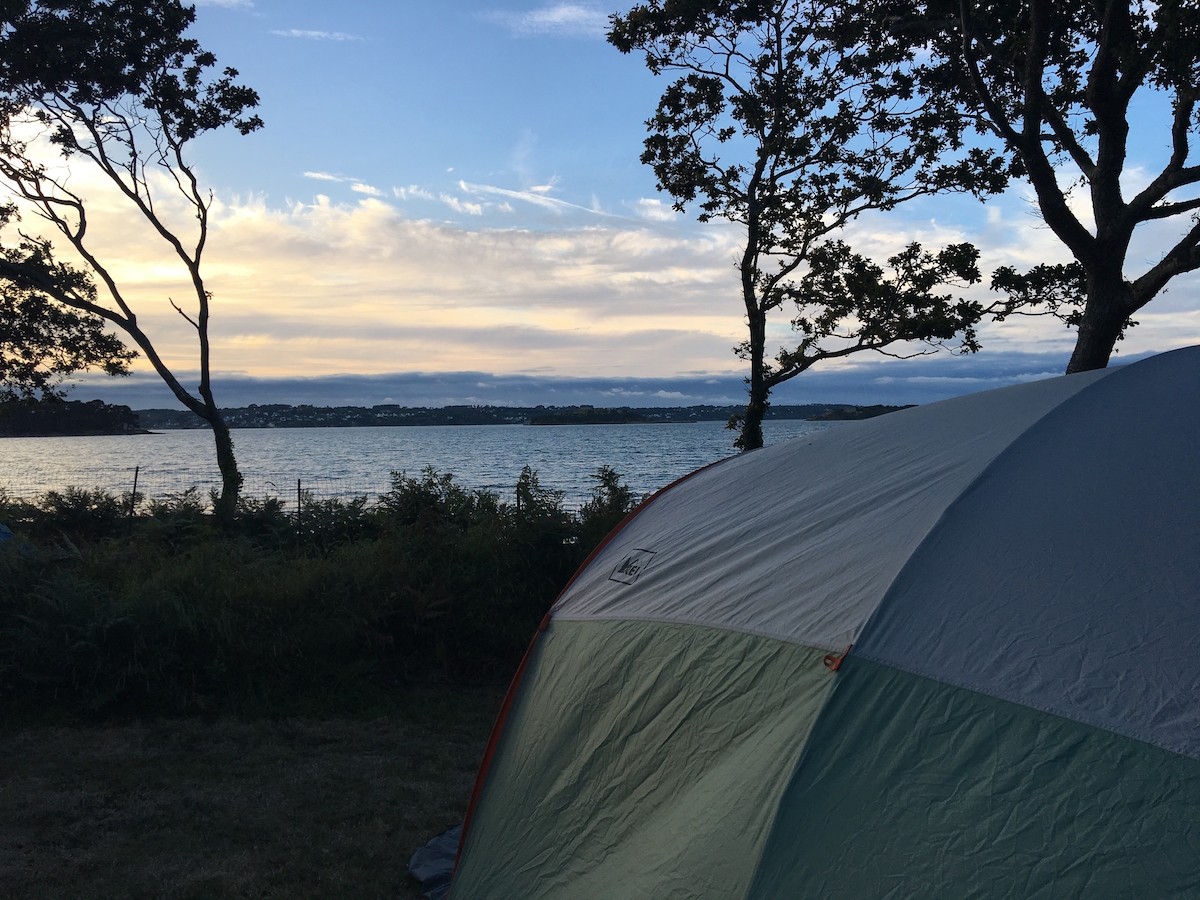 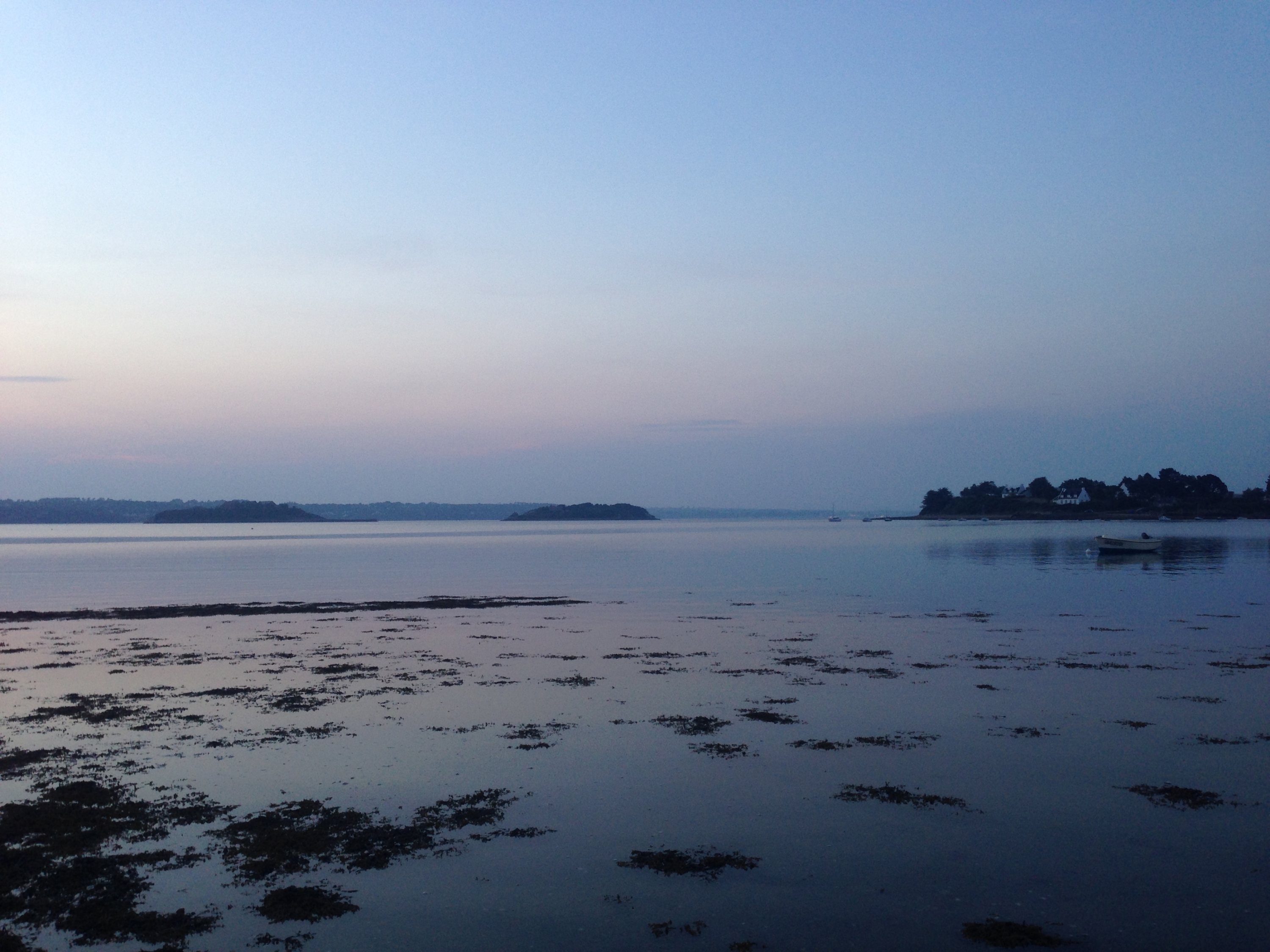 To our surprise, we found ourselves mainly surrounded by Dutch and German campers. We were hardly roughing it here, but the campground owners told us that that French campers tend to prefer a bit more in the way of comforts. Something we would experience later in the week when we relocated to a second camping spot in Brittany.

As for Crozon, it was a revelation.

The first big highlight was a half-day hike we took from the seaside town of Camaret-sur-mer to La Pointe de Pen-Hir (about 4 km). Starting in Camaret, we started by visiting the red-brick La Tour Vauban, a defensive structure built in 1696 and now on the UNESCO list of World Heritage sites. 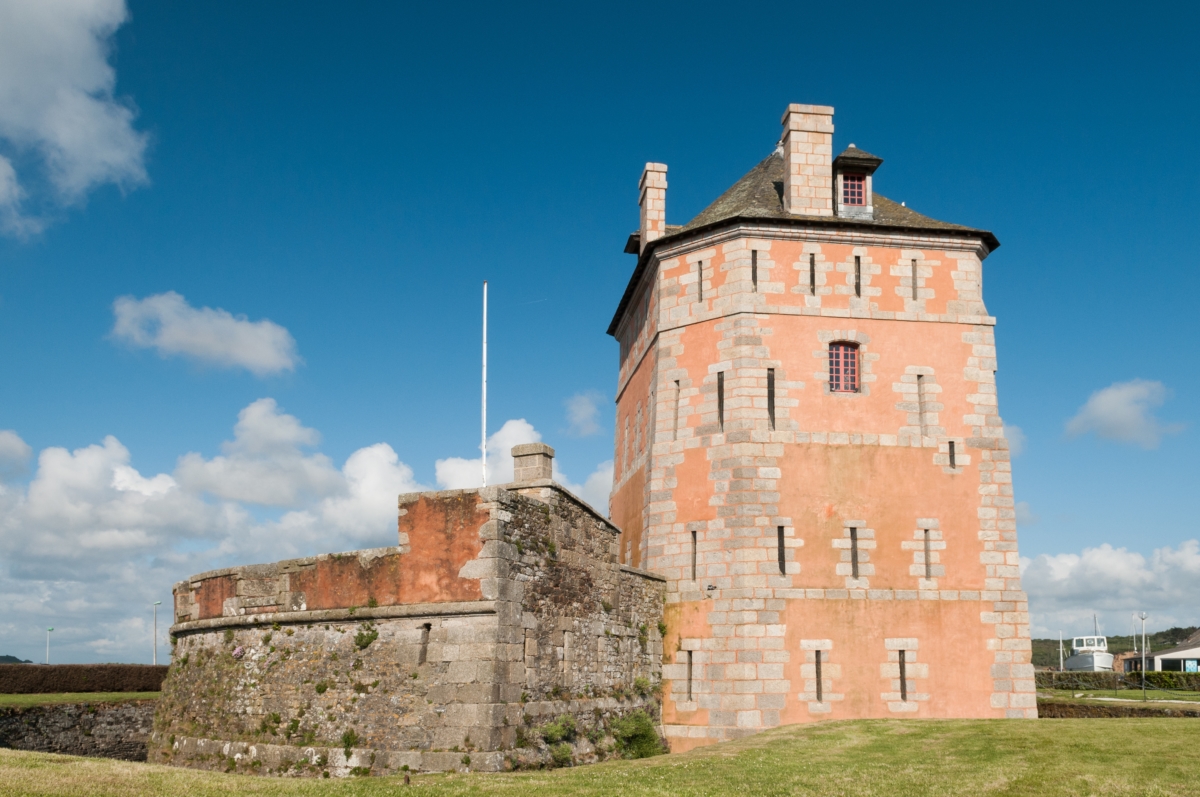 Walking through town and up a hill, we passed through the L’Alignement de Menhirs de Lagatjar, a series of Stonehenge-like standing stones that date from at least 2,500 years ago. 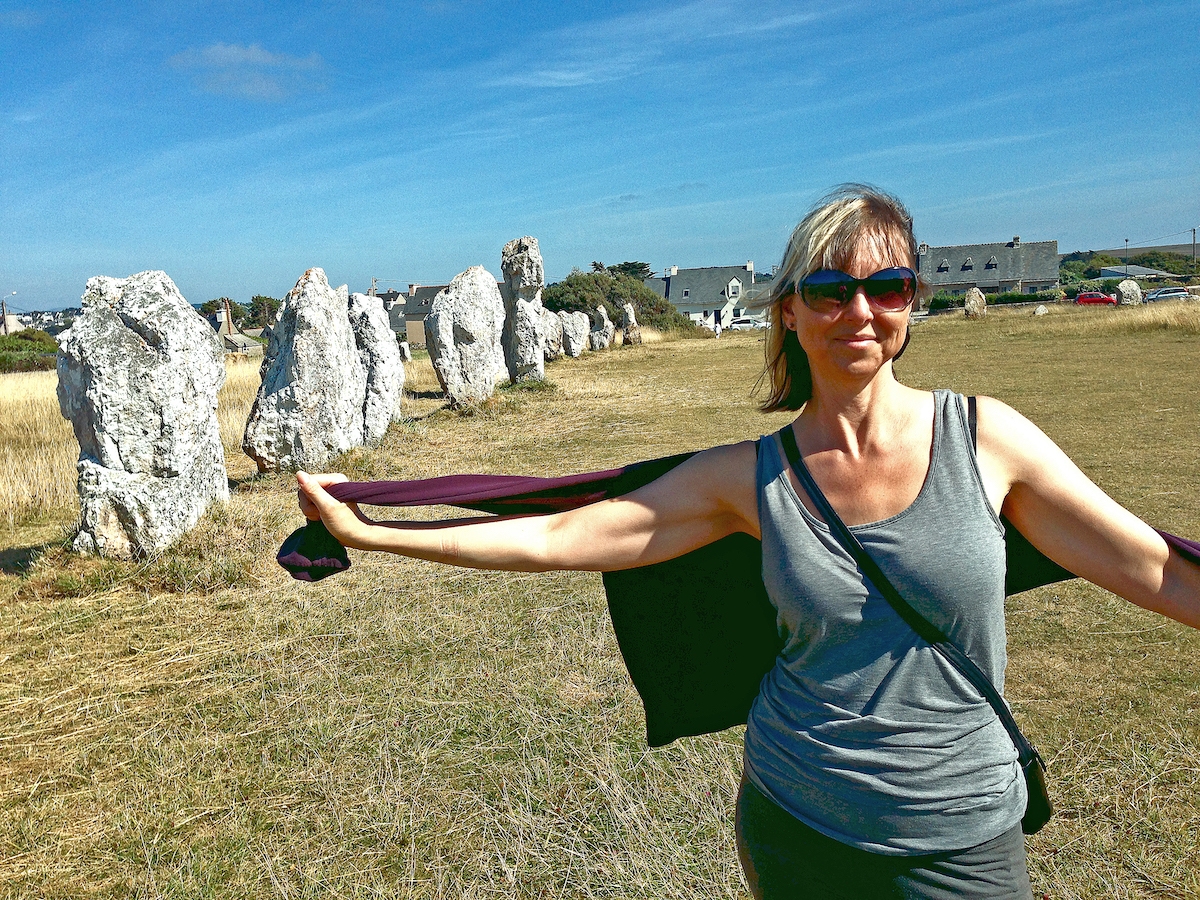 From there, we continued south from the town and out along a path that was perched along the edge of the land, stopping briefly to see the Atlantic Battle Memorial Museum which was made from a former German battlement. Such battlement’s are common along the Brittany and Normandy costs, a stark legacy of WWII. 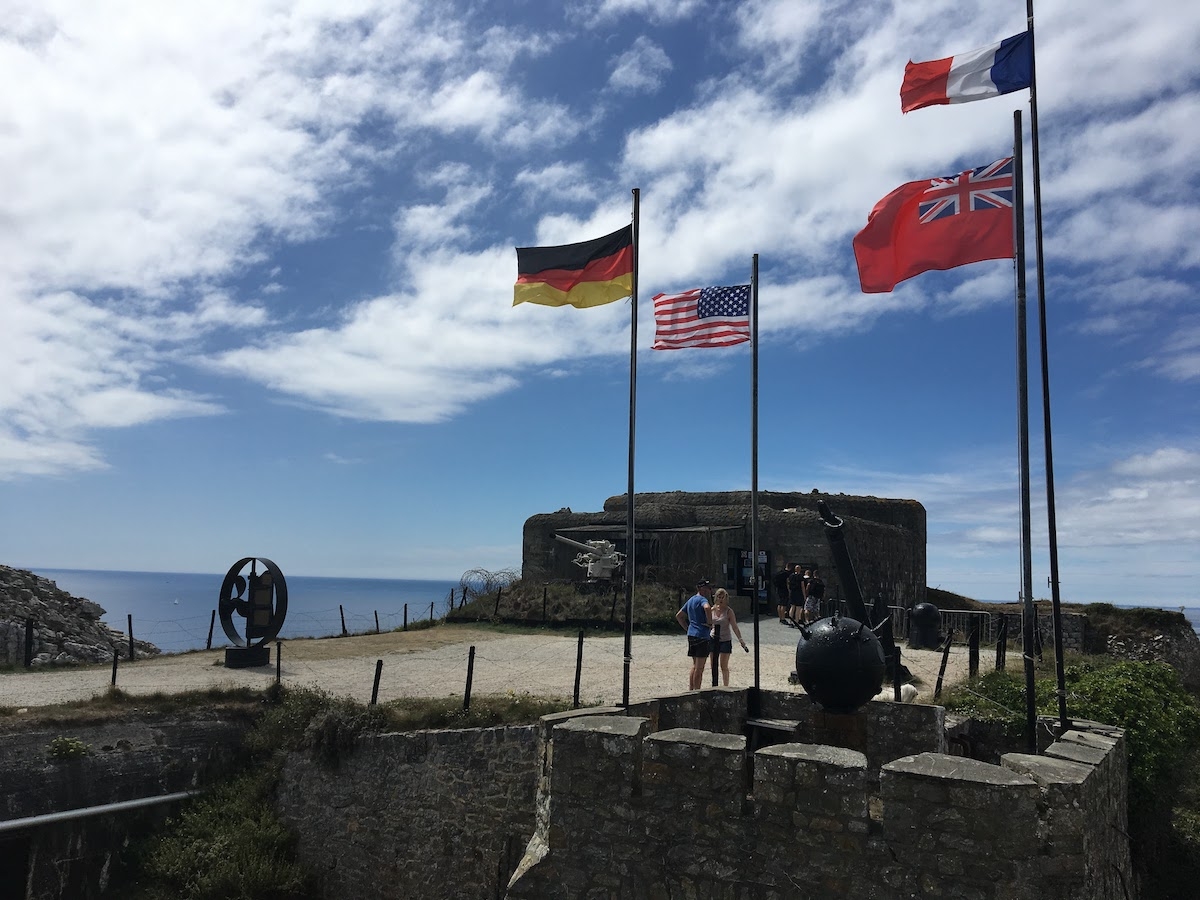 It’s from this point where the view becomes what the French would call “à couper le souffle,” and that we would call breathtaking.

The land plunges directly into the water 70 meters below and is lined with sharp rocks that jut up from the sea. We walked past the soaring cross that is the monument to a community of Free Britons during World War II. 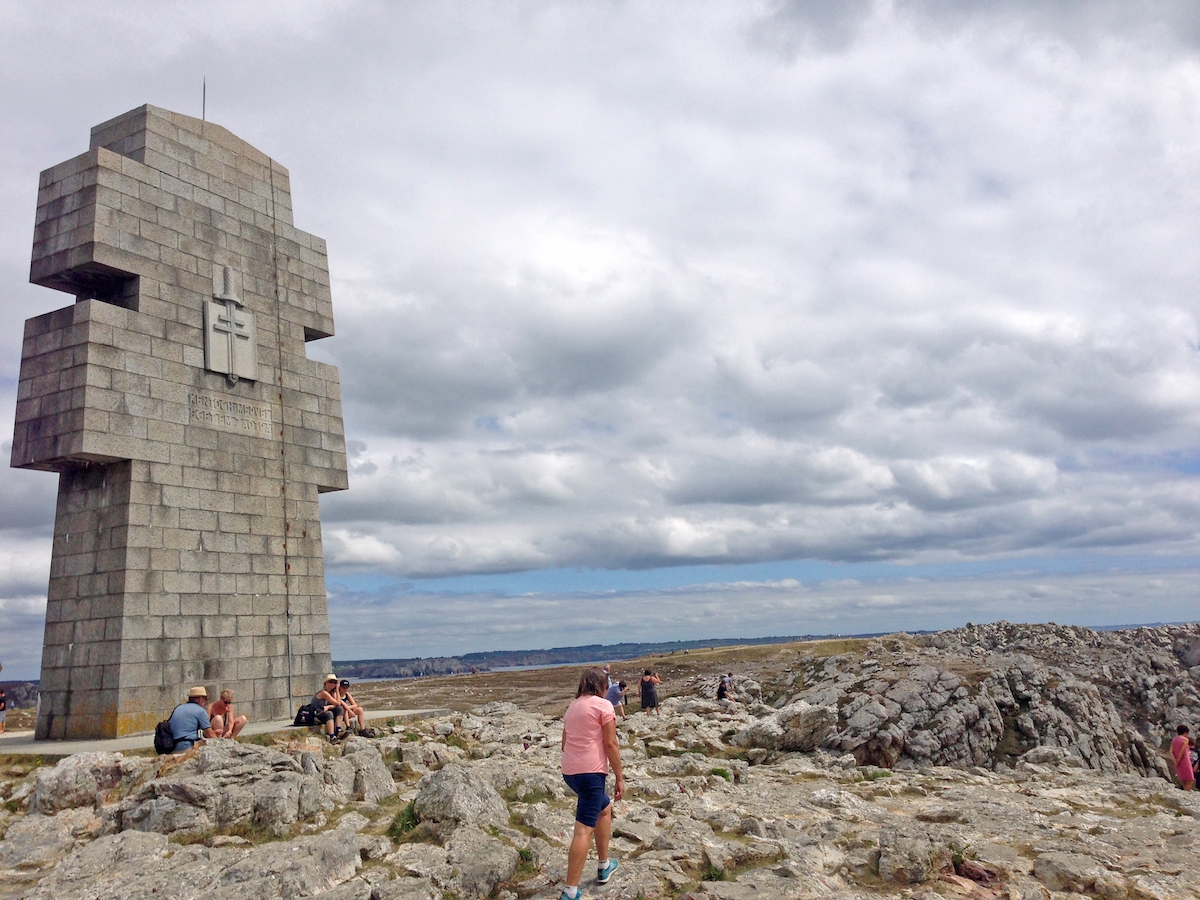 As we reached the tip, the view became panoramic. The water crashing against the rocks below had a savage feel, and completed a sensation that somehow, we were standing on the end of the world. 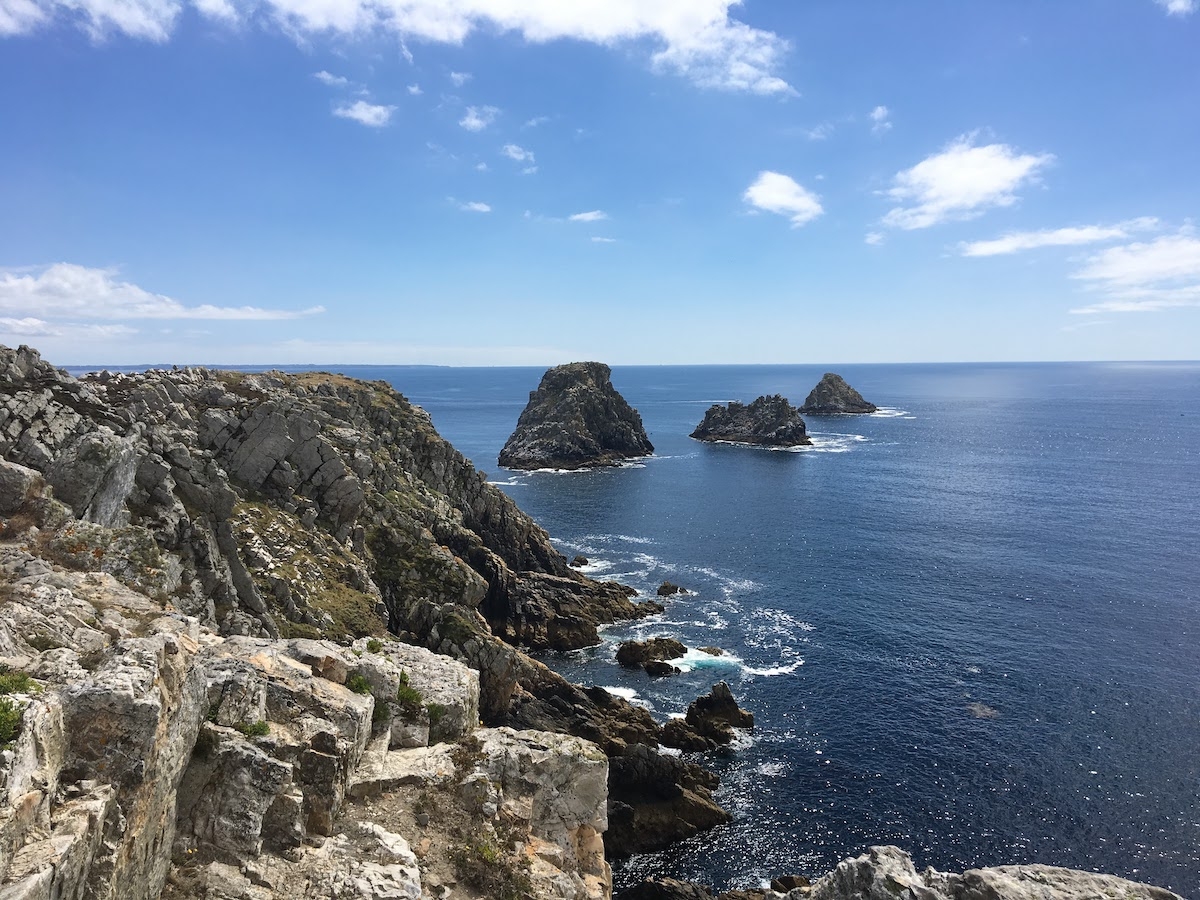 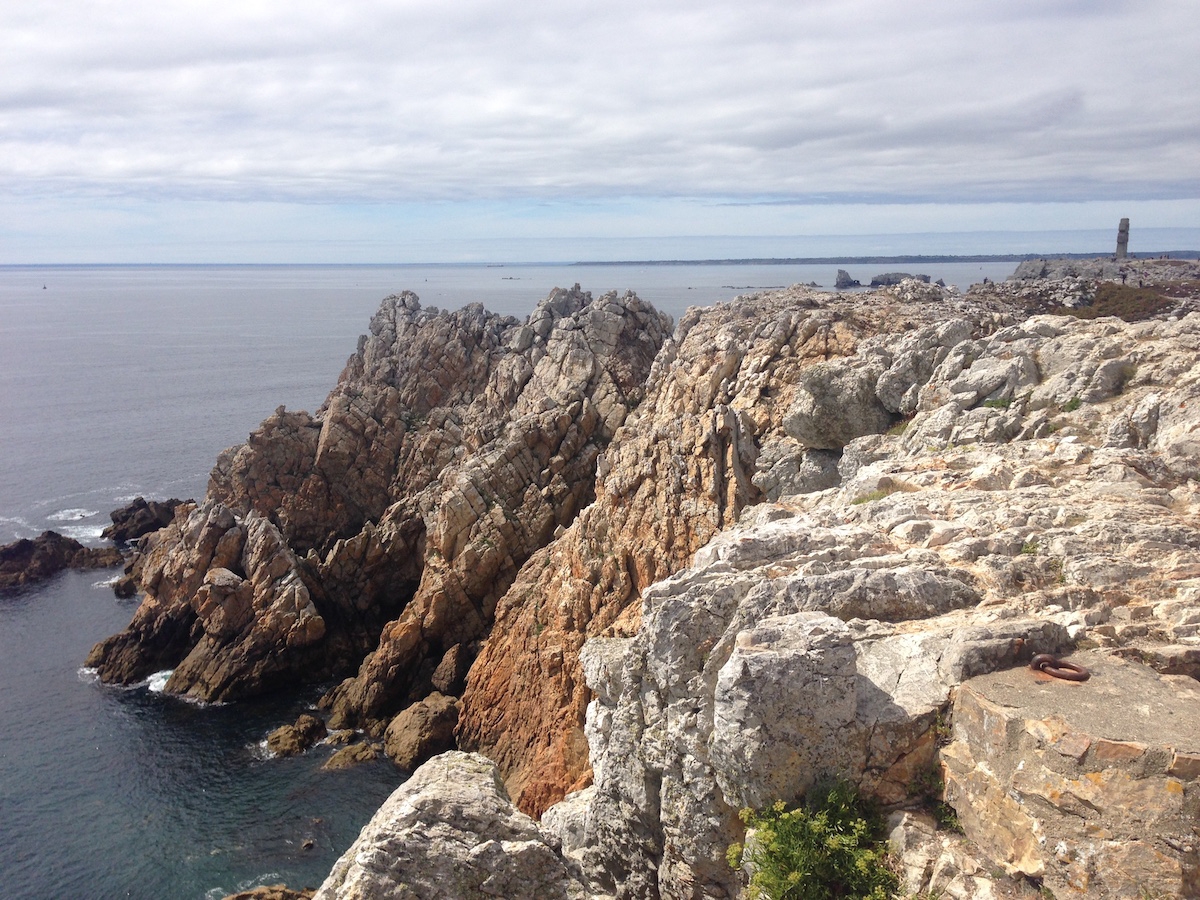 On the way back, we made a quick stop in Camaret for beer and moules-frites and then returned to the calm of the campground. It was a spectacular start.

The second day we drove south to the coastal town of Morgat where we rented bikes to ride into the rolling hills of a secondary peninsuala that pointed south called Cap de la Chèvre. The road out of town was steep, but ultimately leveled out and made for good, casual riding. But the best part came when we decided to ditch our bikes.

About an hour out, there was a sign indicating a path that descended toward the water. It was clear a number of people had parked nearby, or locked their bikes. So on a whim, we decided to follow the path, having no idea what lay ahead.

What lay ahead was the L’île Vierge. This was not an island, but rather another smaller peninsula sticking out from the secondary peninsula we had followed from Morgat. We scrambled through some trees and brush along a narrow path that brought us quickly to another edge with inspiring views of the water below. 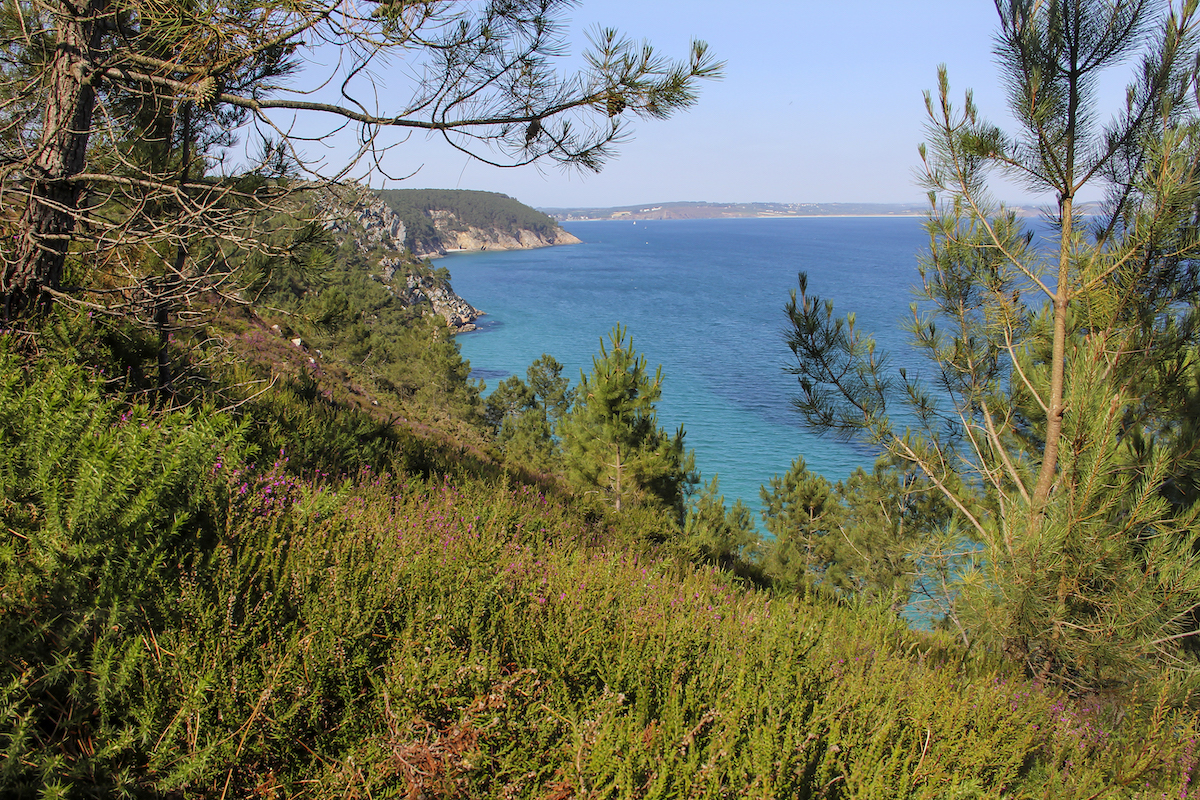 When we reached the edge of L’île Vierge, we climbed on some rocks for a picnic. Far below, more intrepid people had scrambled down a rocky path to a little beach, which seemed to be much more accessible by boat. 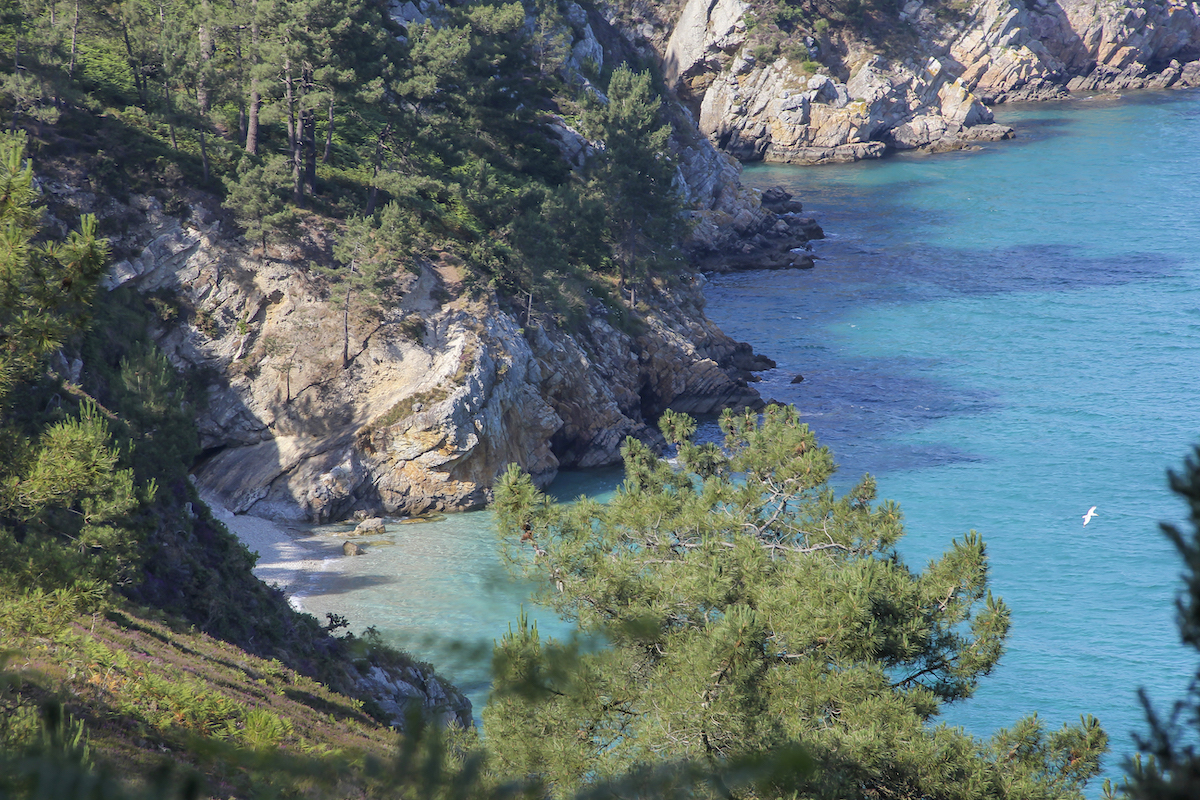 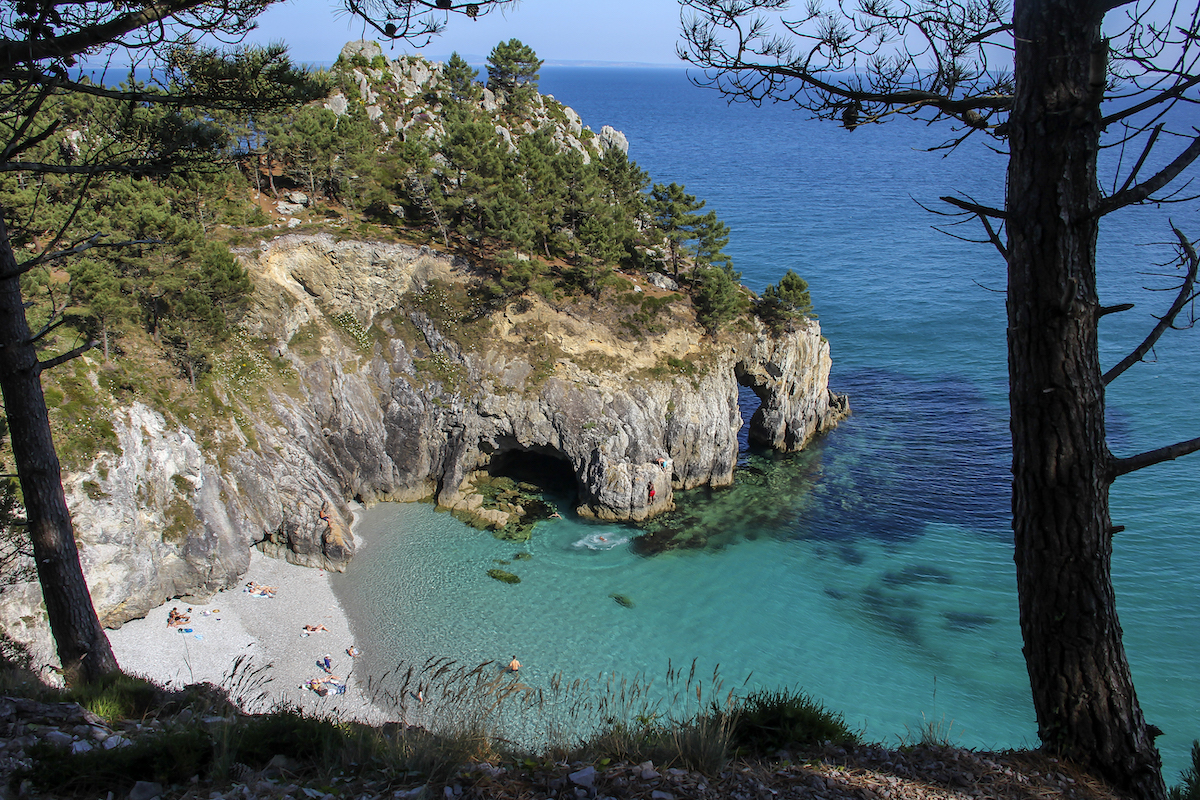 The sun and food and hike combined to give us a profound case of lethargy. We managed to hike back out, but reaching the southernmost point by bike was going to be too ambitious. So instead, we pedaled back to Morgat, walked along the boardwalk until we found a place to get ice cream and recharge, and then decided to drive out to the southermost point of Cap de la Chèvre.

Walking out to the edge, we passed a memorial for naval aviators and stood about 100 meters above the turquoise water surrounding us on three sides. One again, there was that feeling of standing at world’s end, I guess something Brittany excels at. 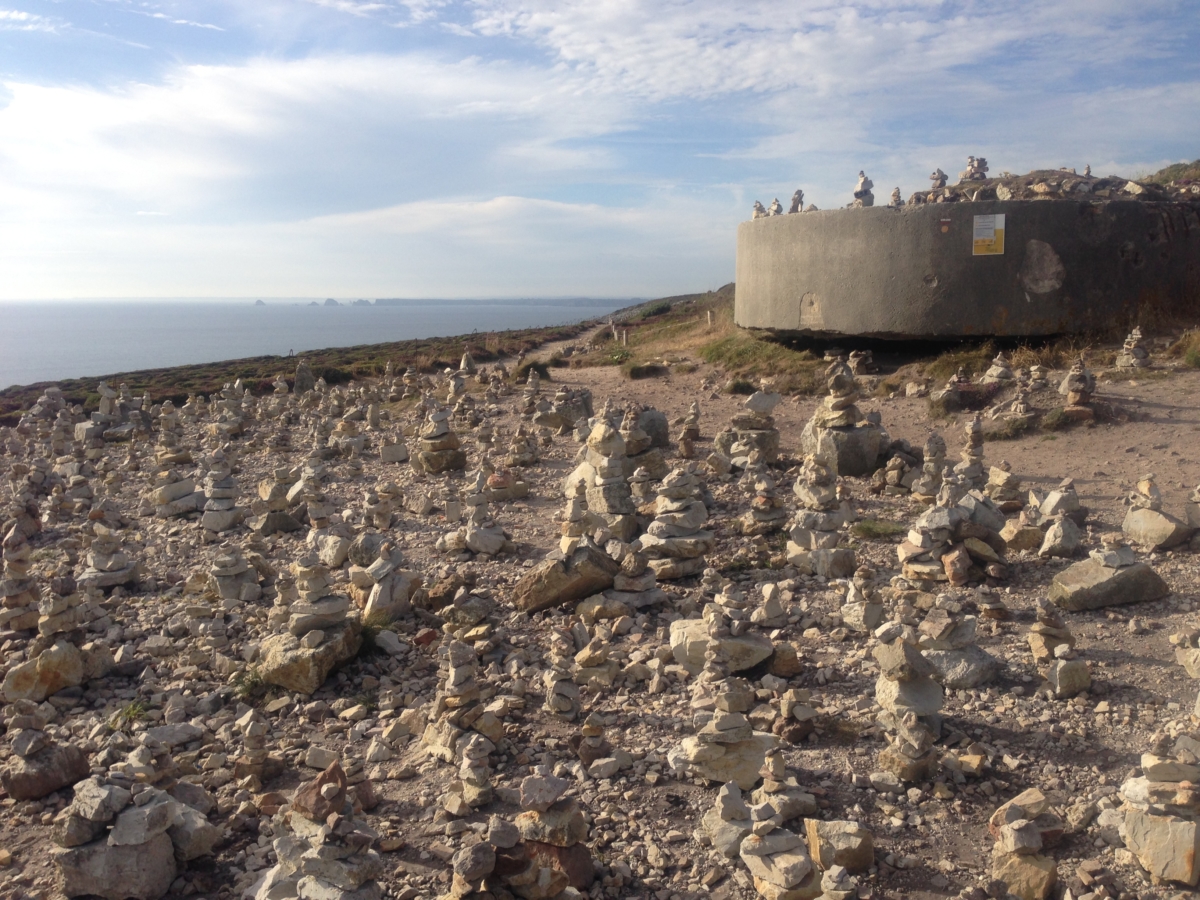 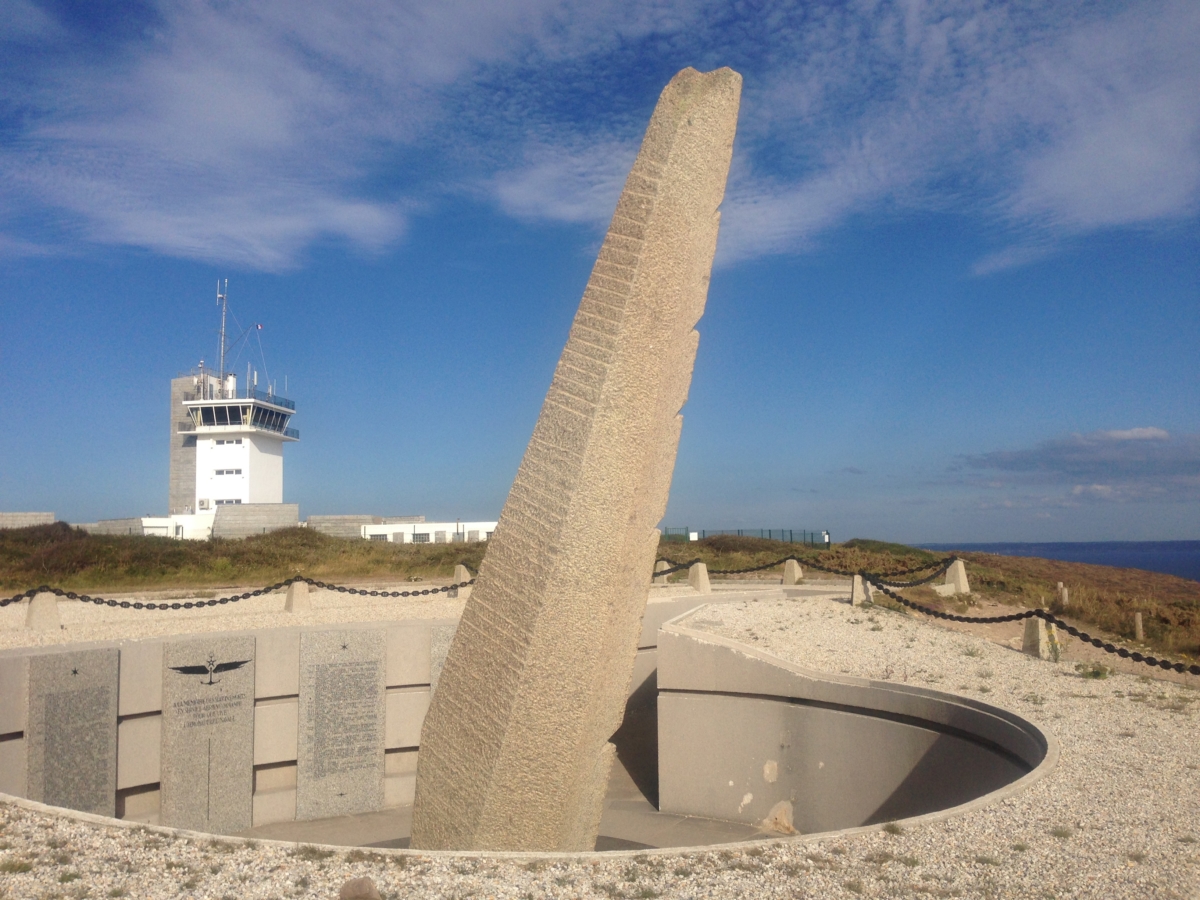 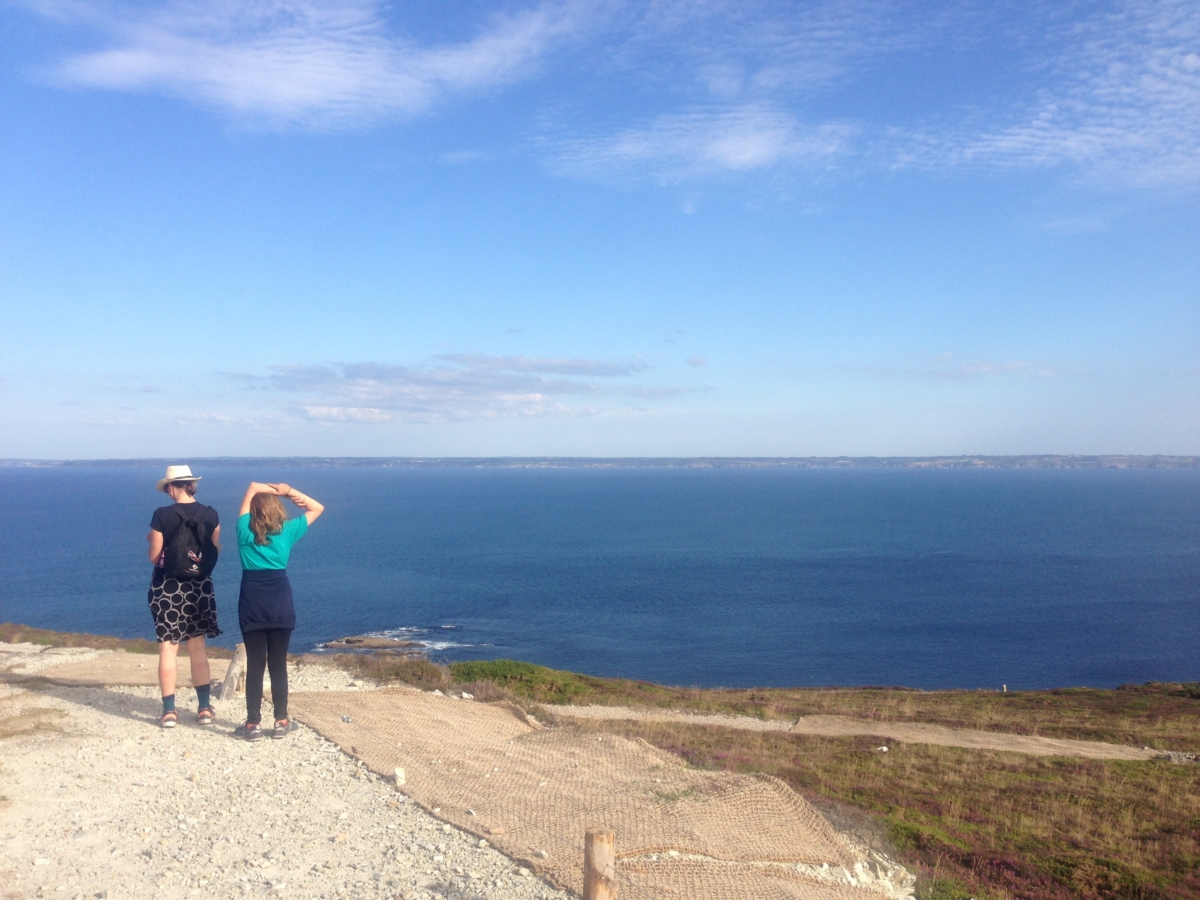 A walk on the beach

For Day 3, we decided to stick close to the campground. We wandered down the beach past an array of abandoned and decaying boats before finding a spot where we could wade into the water and cool off. 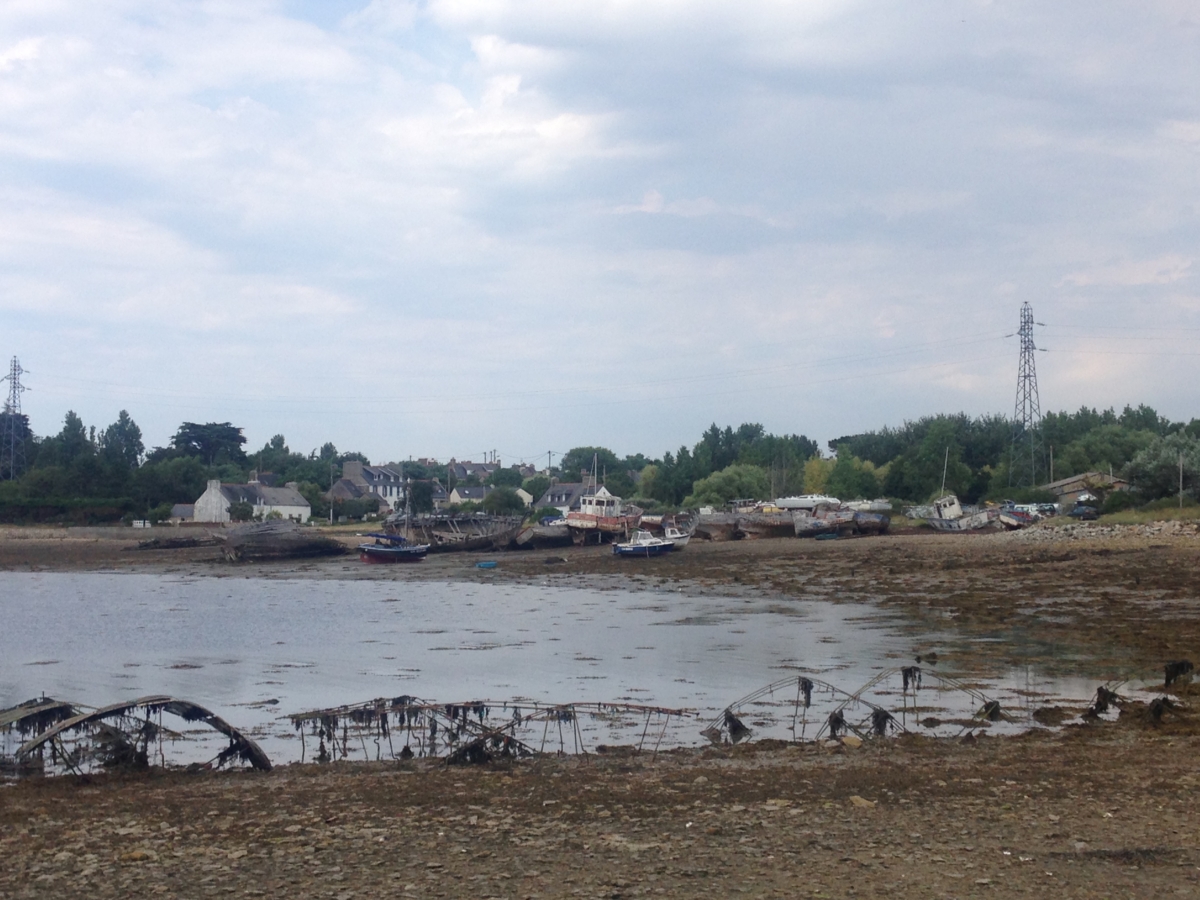 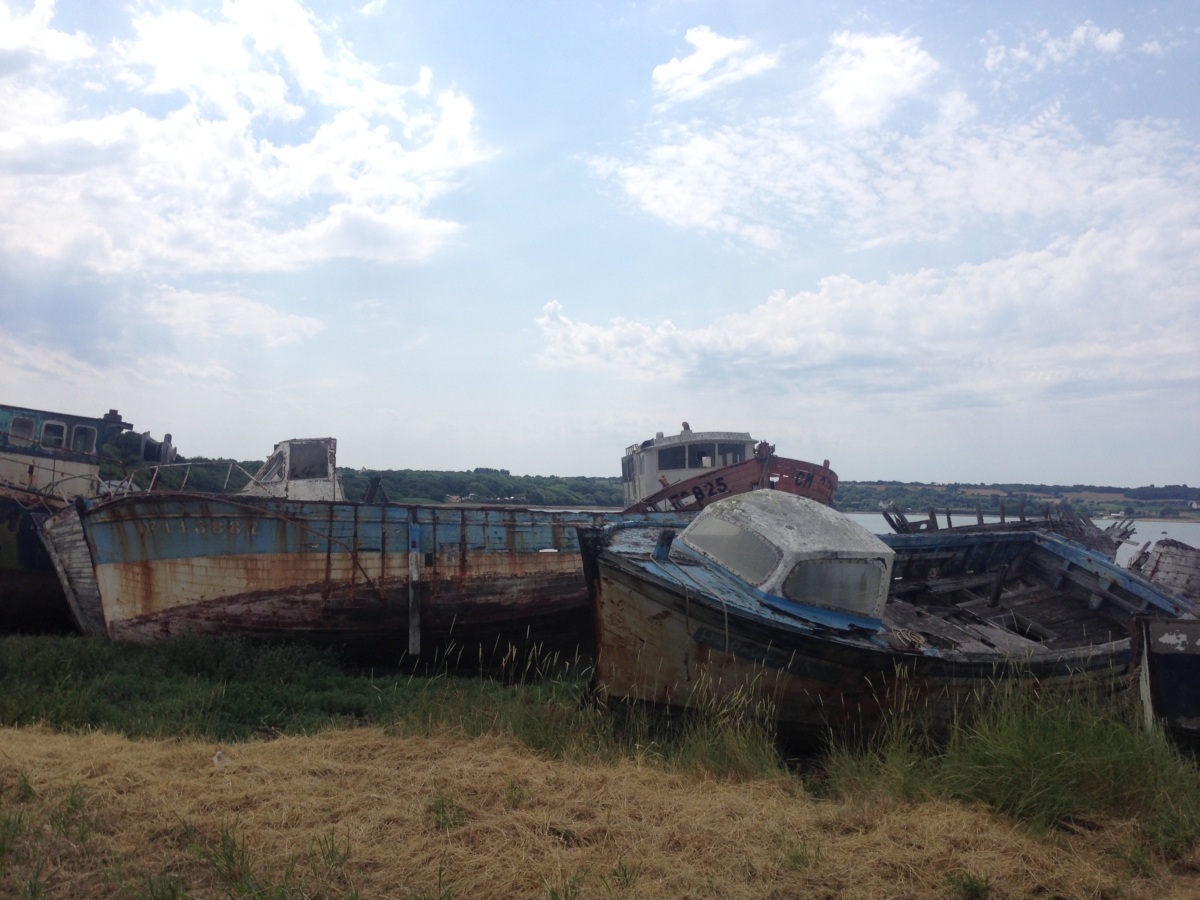 When we returned to camp, a crêpe truck had rolled up making for a nice surprise. That made for a simple dinner, making the lazy day pretty much complete. 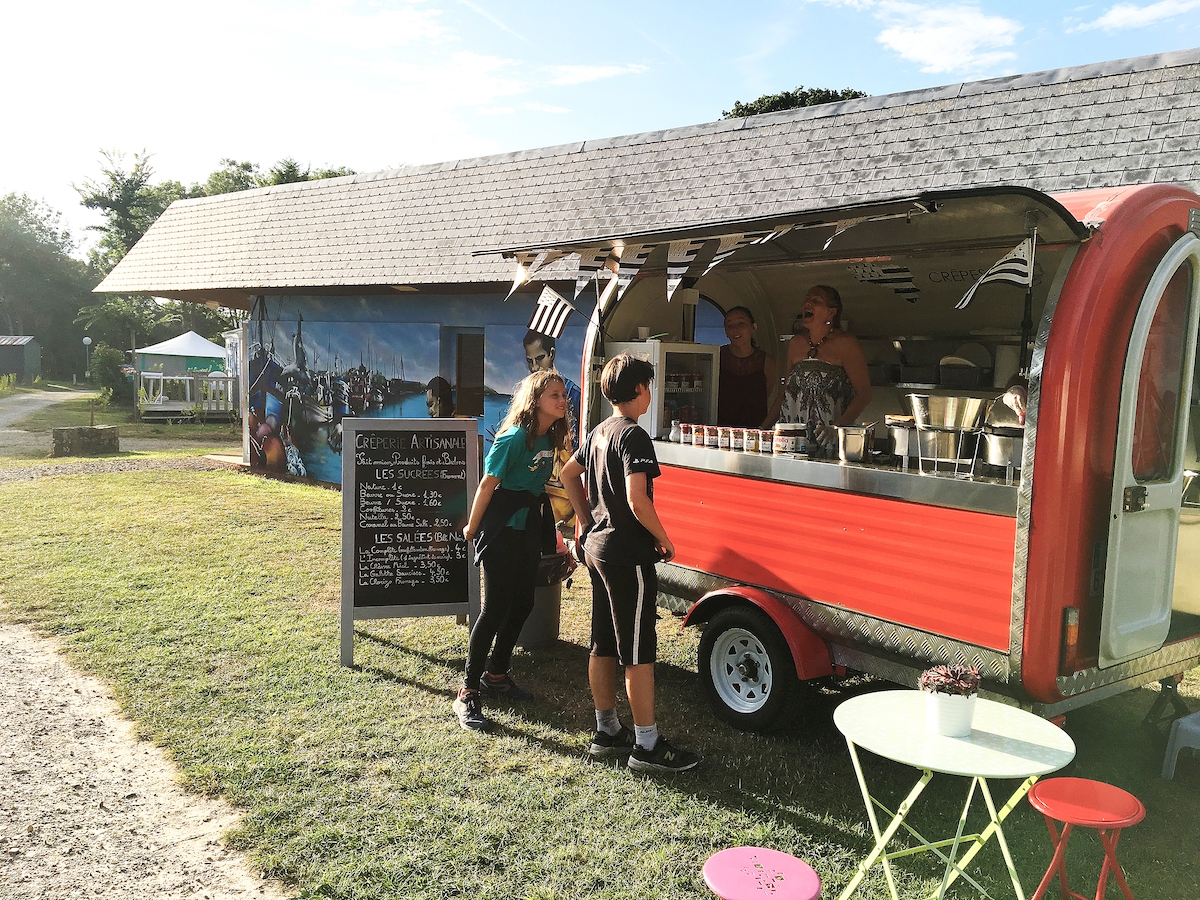 After dinner, we joined a number of fello campers on the beach, skipping rocks, drinking beer, and watching one last slow descent of the sun. 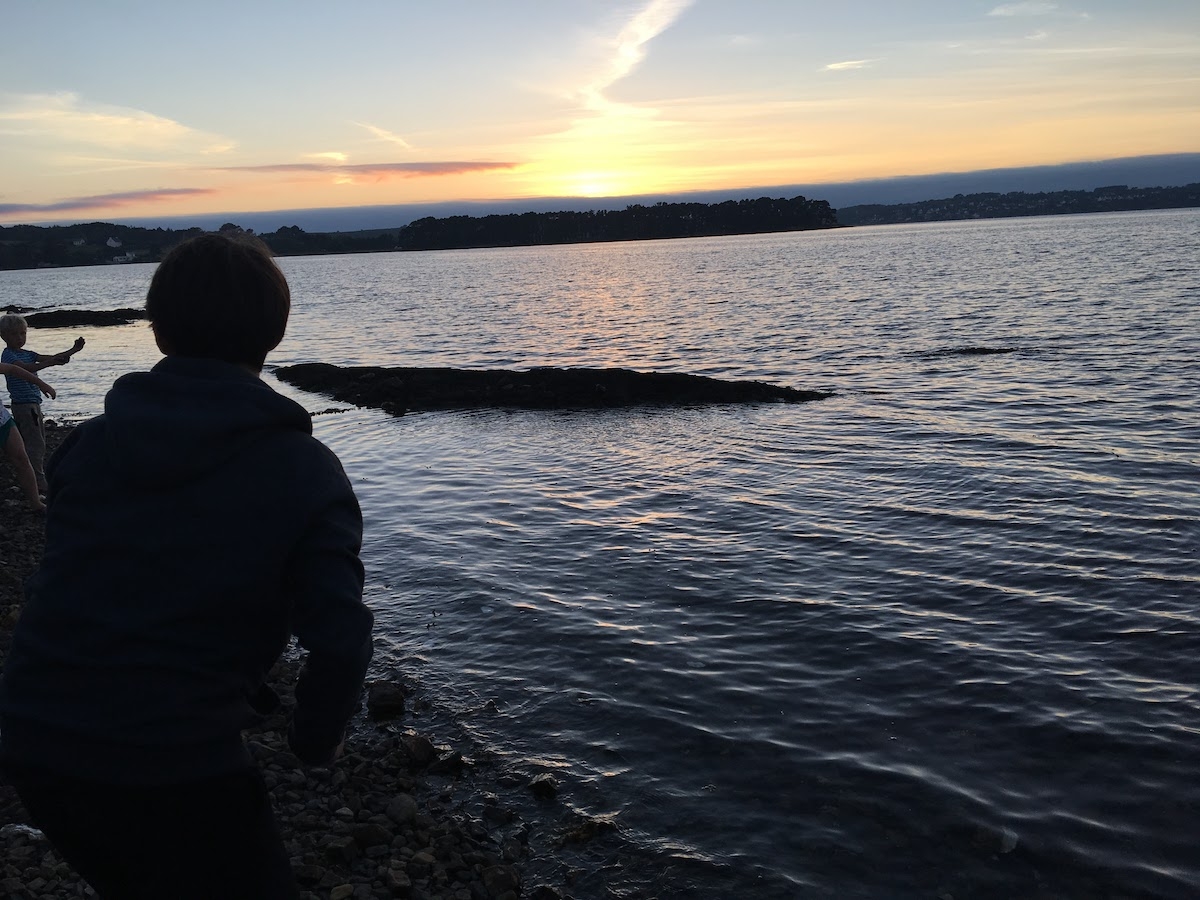 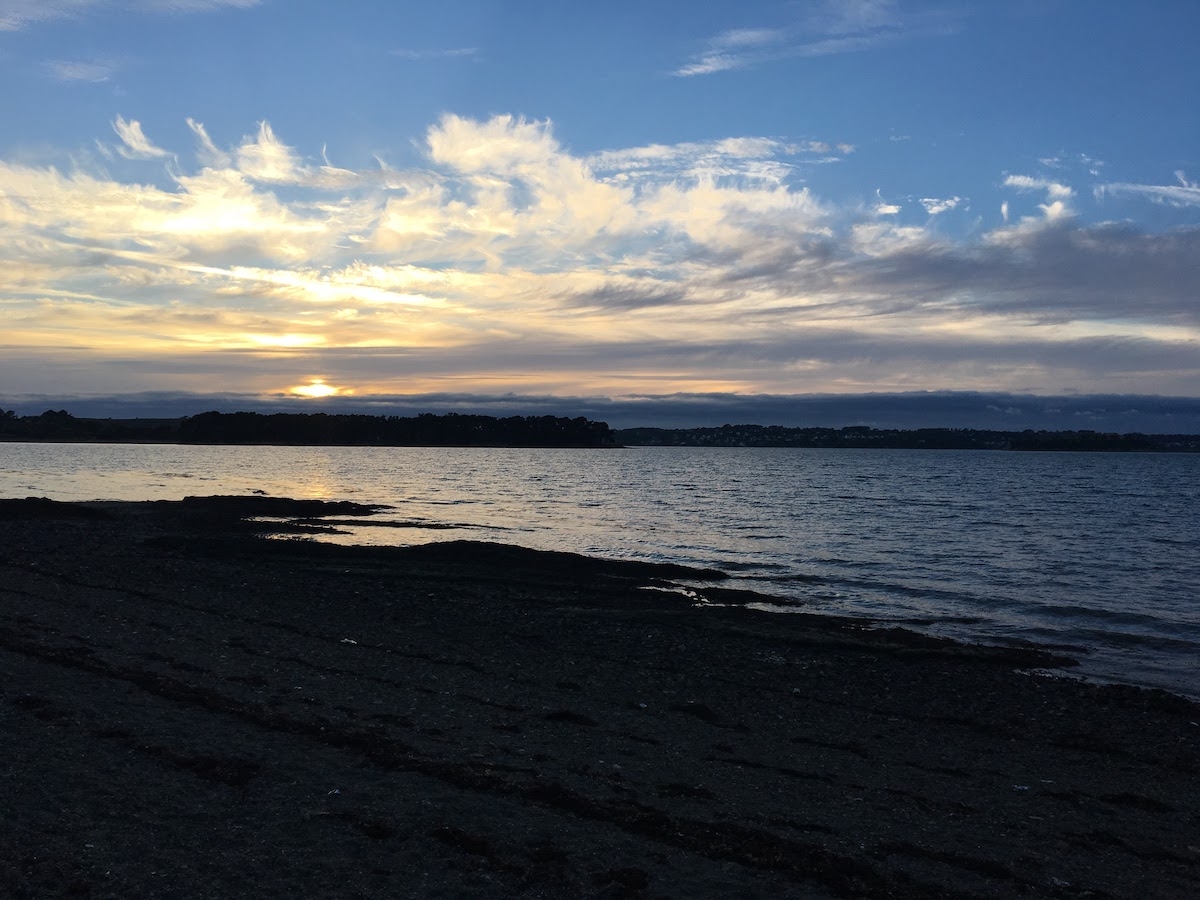 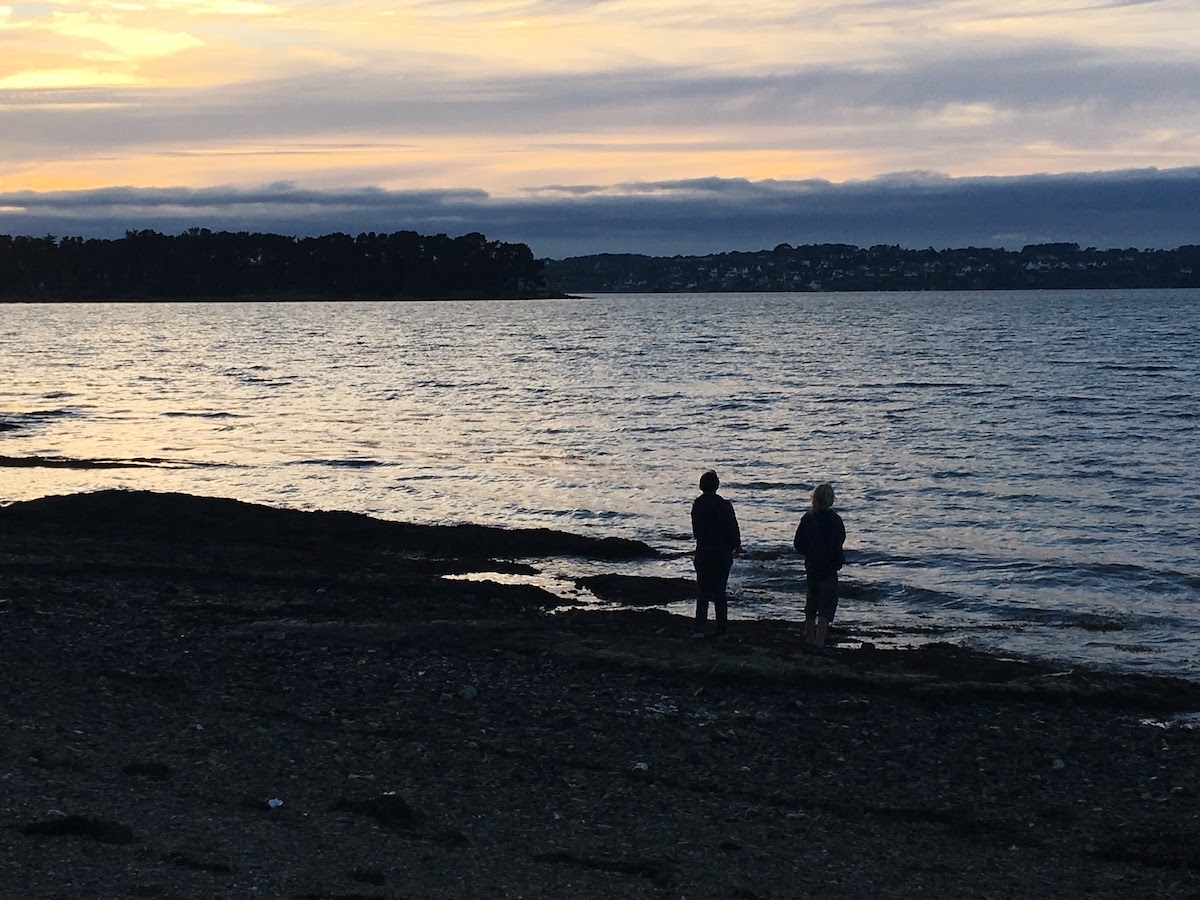 By the time we packed up the next morning, our time in Crozon had delivered a varied and dreamy taste of the primitive sensations that Brittany evokes. And this was only a corner that was small, and yet felt immense. Exploring all of Brittany will require many return trips.

How Did France Become A Nation Of Vaccine...

France May Ban Discrimination Against People With Accents