Saint-Eustache cathedral is a ‘Gothic skeleton dressed in Roman rags’ 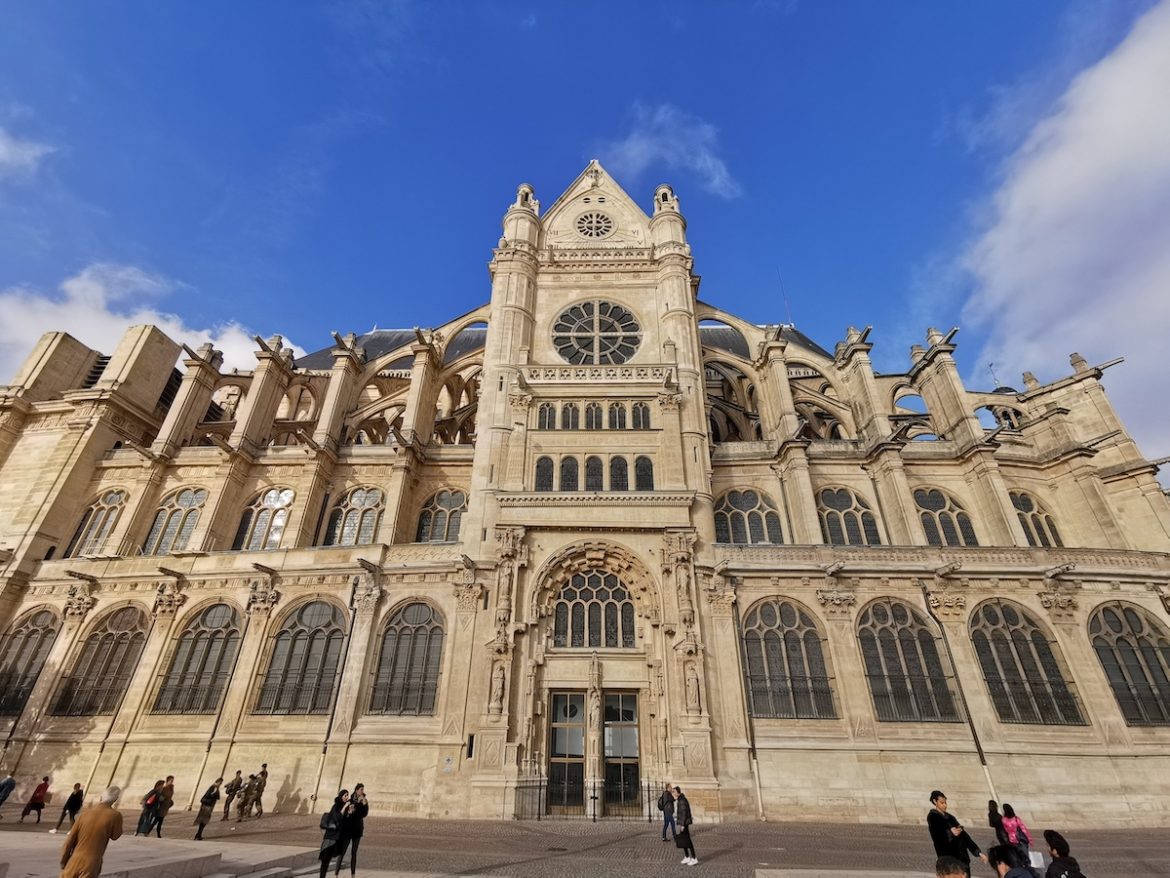 Each visit I make to Paris is usually marked by a series of terrible decisions that leaves me slightly tormented and wondering why I came in the first place. The latest visit was defined by a decision to rent an Airbnb near the Porte Saint-Denis.

On this occassion, I was traveling with my daughter for a few days. I saw the listing with a “jacuzzi” inside and a reasonable price (for Paris) and thought it would be a nice treat. The name of the listing was “Cocoon”, and between that and the pictures, I figured it would be small. But it wasn’t really clear just how small until we arrived and found we could stretch out our hands and touch the walls on both sides.

Given its microscopic size, the water heater inside was about the size of a tea kettle, which meant the jacuzzi could only fill up to about one inch of water, and was thus useless. So I spent three days cursing myself as we took turns standing outside in the hall while the other person moved back and forth from the bed to the bathroom.

The delight continued upon leaving the apartment for our first excursion. We headed to Les Halles to see a movie, and to get there we mapped the most direct route which took us along Rue Saint-Dénis. While it might be a stretch to call this Paris’ Red Light District, we found ourselves walking past a mix of sex shops and rather elderly street prostitutes en route to our destination. I just kept shaking my head and wondering how I’d managed to bungle this once again.

Fortunately as we reached the end of Rue Saint-Dénis, we turned toward Les Halles and very quickly came upon Saint-Eustache cathedral. If this was Paris’ way of trying to cheer me up, it worked. As an infrequent visitor to the city, I had never heard of this monument. But I was immediately drawn in by the wonder of a cathedral that dates back to 1532.

As I walked around clicking photos and then entered, my daughter patiently humored me knowing she was getting to see a movie after this.

Like so many such structures, Saint-Eustache was built, then expanded, then handed over to the state during the French revolution so it could be sacked, then restored again almost a century later. The result is a grab bag of Renaissance architectural styles and decisions that led one critic to describe the church as: “a confused heap of debris borrowed from all sides, without connection and without harmony, a kind of Gothic skeleton dressed in Roman rags sewn together like the pieces of a harlequin dress”.

Perhaps, but to my untrained eyes, Saint-Eustache was glorious. After five years in France, the thrill of making such random discoveries is still fresh. And thanks to Saint-Eustache, this latest visit to Paris was salvaged by the pure dumb luck of stumbling across an architectural marvel.

Postcards from Lille: The perfect daytrip to northeast France