What is French whisky? These 5 artisanal distilleries think they know

The Toulouse Whisky Festival was held this past weekend and the event delivered some surprises about the French and their relationship to this spirit most popularly associated with Scotland.

This was the second edition organized by the Hopscotch Pub & Brewery of Toulouse. And like the first one, this one sold out. It also attracted about 40 distilleries, primarily from places you’d expect — Scotland, Ireland, and the U.S. — but also from Japan, New Zealand, Denmark, and Sweden. Included in that last group is France itself.

When I first heard about the festival, I was both mystified and excited that such an event would be held in Toulouse. Having  spent a year studying and working in Scotland many years ago, I have long been a fan of single malt whisky. But whisky in France?

Fortunately, I stumbled across Donald MacKenzie of The Islay Boys distillery in Scotland. At first, I was thrown a bit listening to him speak French while wearing a kilt. When he realized after a couple of minutes that I was American, he switched to English and unfurled his Scottish brogue.

MacKenzie explained that the French love whisky. In fact, the French are the largest consumers of whisky, sitting in third place behind India and the U.S. , and ahead of the U.K. and Ireland. Another study showed the average French adult consumes 2.15 liters of whisky per year, more than the average for the U.S. and U.K.

MacKenzie said that after WW II, British servicemen were bringing the stuff over, and the French took to it. But while they drink a lot, it tends to be lower quality, and often blended, MacKenzie said.

At events like the festival, MacKenzie said, the goal is to encourage the French to drink higher quality whiskies. “The challenge is to find people who are more flavor forward,” he said. “The could drink less, but drink better.” That’s not so different from what’s happened with wine. French consumption of wine has dropped sharply over the years, but the daily country wine people drank daily years ago was not the best, and now when people drink wine, they go in search of better quality.

That embrace of whisky has led to French distillers to begin developing their own varieties. By one estimate, the country was proucing about 700,000 bottles a year back in 2015. And there are enough distillers jumping in that two regions received official recognation of their prowess: “Le Whisky Breton” and “Le Whisky Alsacien”.

Philippe Jugé, director of the Fédération du Whisky de France, says this whisky boom includes 50 new distilleries that have been built since 2012. 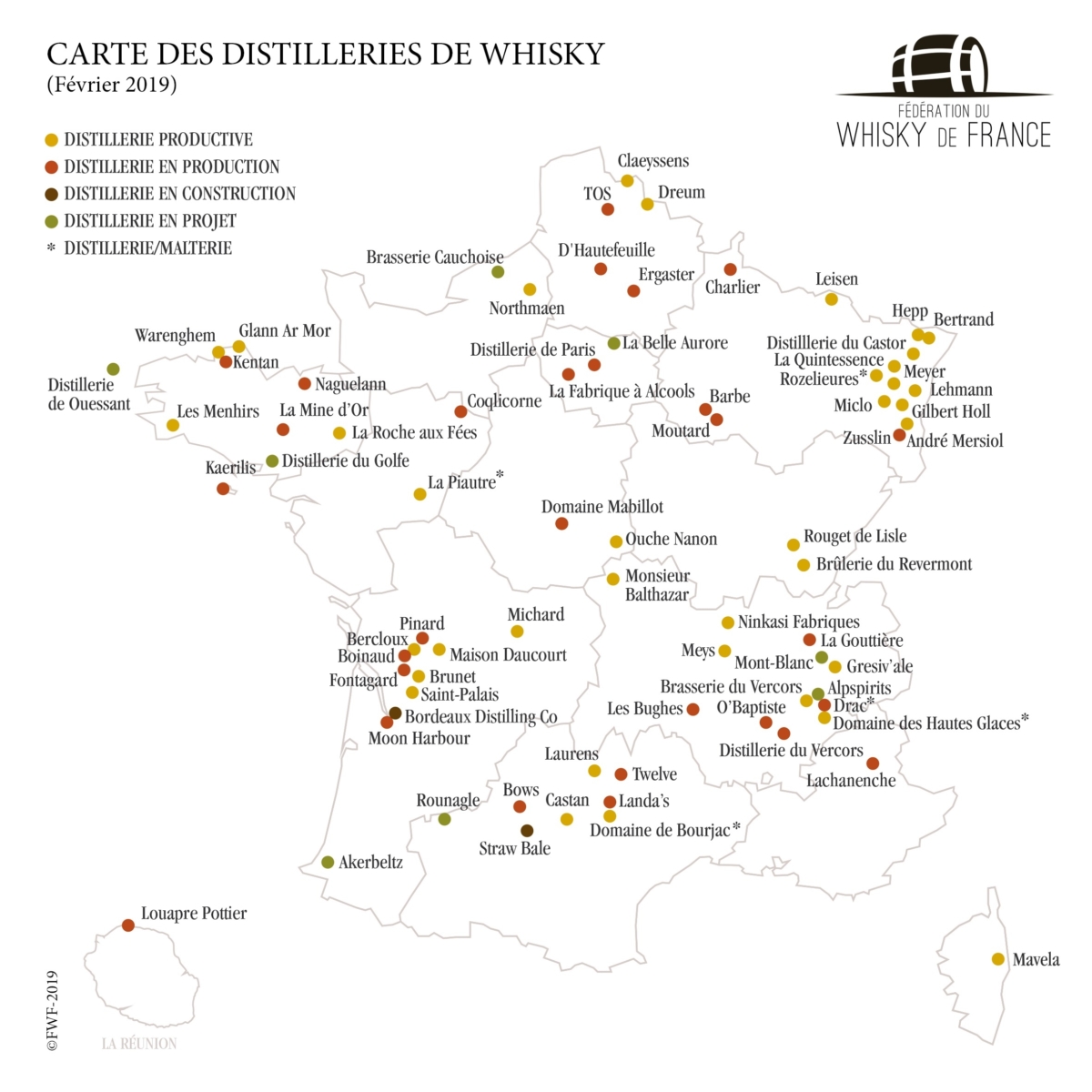 This artisanal movement includes new distillers, as well as operators who make other traditional fare such as Armagnac, but have begun experimenting with whisky. Here are 5 French whiskies that were at the Toulouse festival. 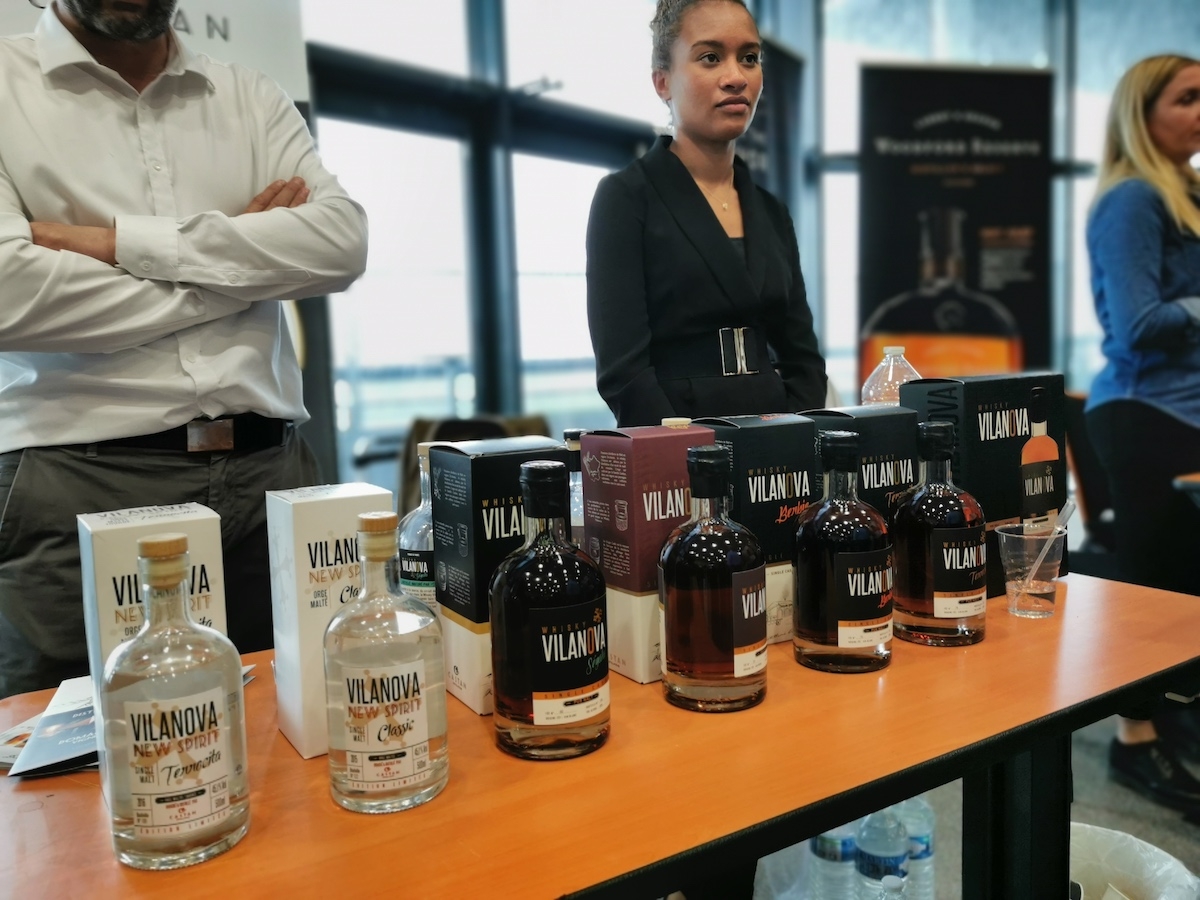 Back in 2010, the Castan family switched from making clear brandy to whisky. Today, the Distillerie Castan is based in Villeneuve-sur-Vère, a small town just northwest of Albi. To give it special flavor, it’s aged in wine casks while the water comes from a deep well dub under the distillery. The resulting whisky is called Vilanova, a reference to an ancient village that was destroyed during the Albi crusades. 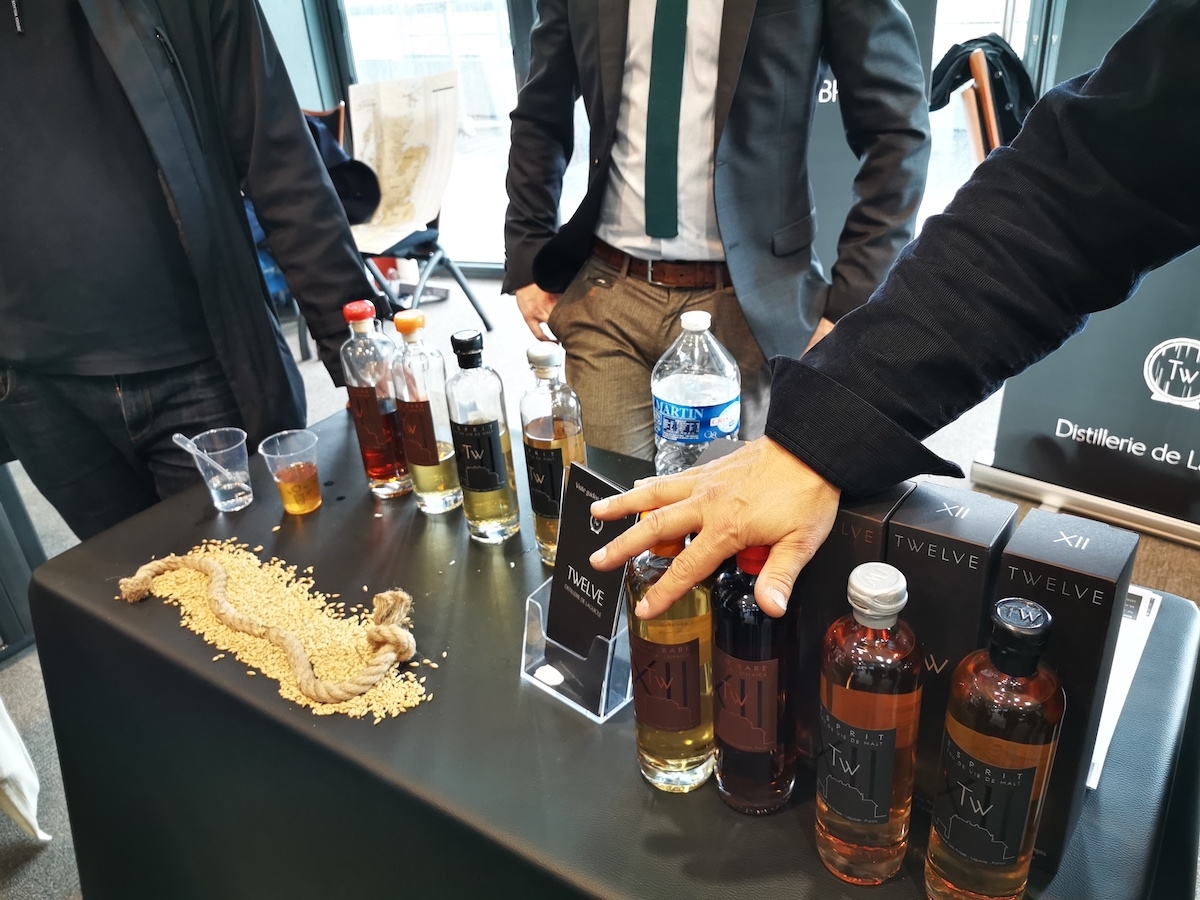 The Twelve Whisky D’Aubrac distillery is located in Laguiole, a commune in the Aveyron Department. It originated with a group friends from the region who were at a reunion of sorts in Aveyron, and a conversation led to comments around the similarities the region had to Scotland: fog, damp soil (like peat), fresh water, and so on. This led over some reasons to the group buying a former Presbyterian church in Laguiole and creating a distillery. The group buys ingredients locally, including partnering with farmers to grow the needed raw material.

A limited edition whisky was made in Belgium by the group. But while the group had some samples on hand at the festival, the first sales are expected to start in 2020. 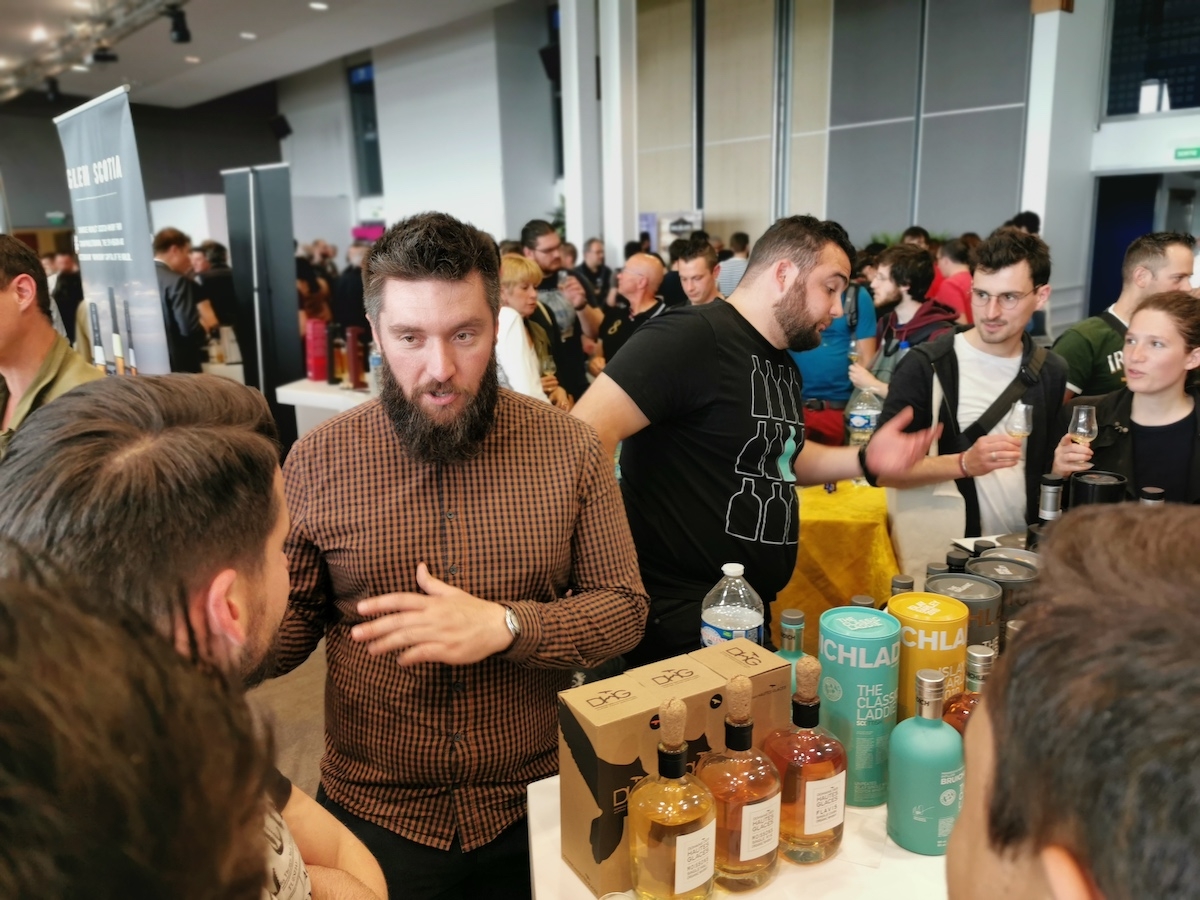 I have visited a lot of whisky distilleries in Scotland, and I would to say that in terms of location and scenery, the would all be hard pressed to match the setting of Les Domaines des Hautes Glaces.

This distillery is located near the southeastern town of Saint-Jean-d’Hérans in the Isère Department. And as the name suggests, it sits at altitude of about 900 meters. The project also grew out of a meeting among friends about a decade ago.

These guys are hard core. They grow their own grains (rye and barley), everything is organic, they search and select all their own materials (metal, wood, ingredients, etc.) The result is several different varieties of single malt whiskies. 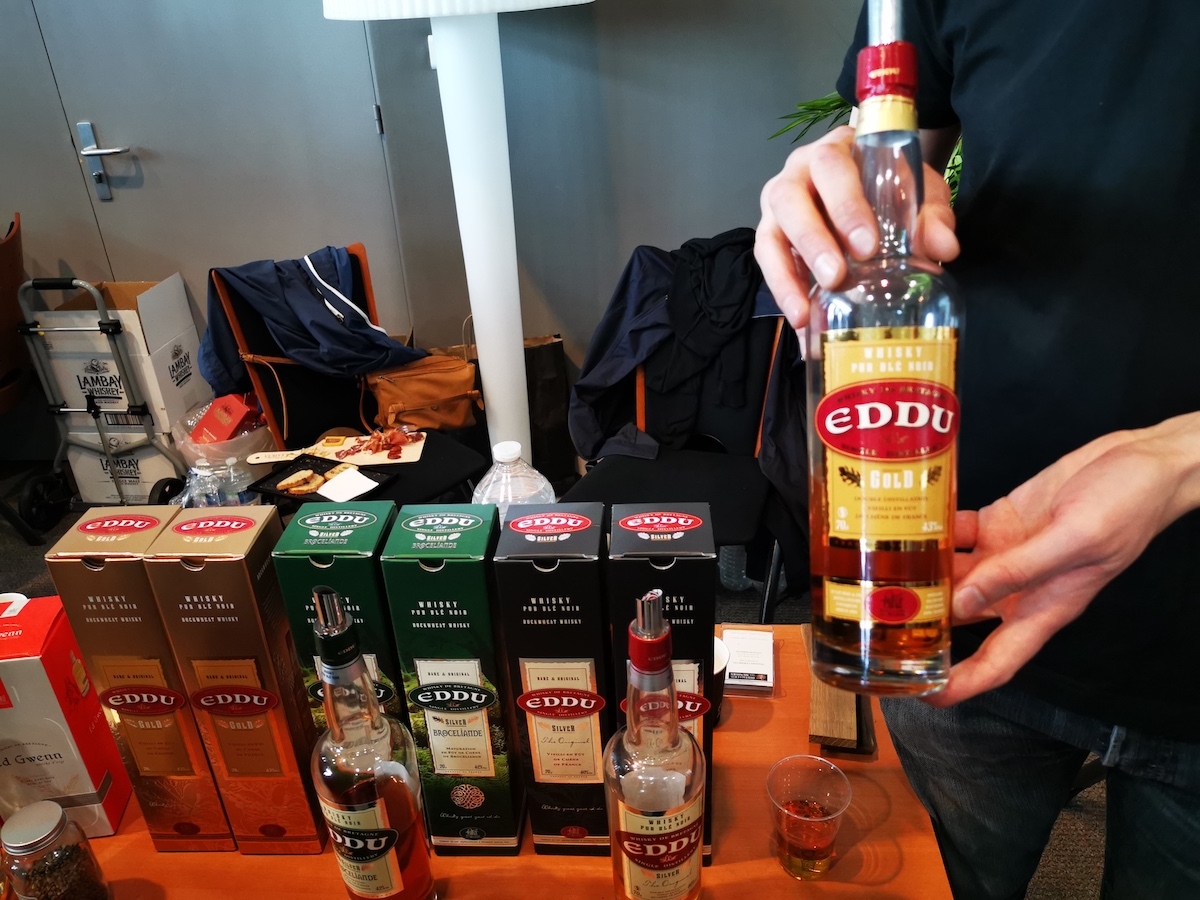 Moving North, Distillerie des Menhirs is located where you might suspect French whisky is made: Brittany. Specifically, it’s found in the village of Plomelin in the Finistère Department. The business traces its roots back to 1921 when the current owner’s great-great grand-mother bought a still, and became an itinerant of cider brandy.

Over the generations, the business grew, eventually leading to the creation of a standing distillery. While the cider business continued to hum, the owner became curious about whisky and decided to make it with a little twist by using buckwheat. Today, Menhirs sells six varieties of buckwheat-based whisky. 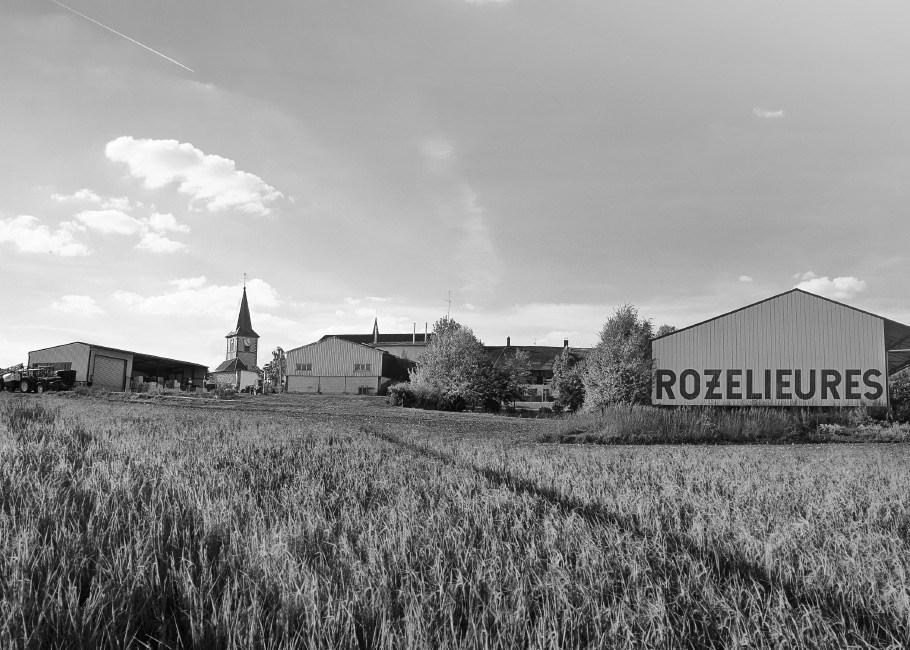 Grallet-Dupic is located in the the small village of Lorraine, just outside the town Rozelieures, within the Meurthe-et-Moselle Department in north-eastern France. The family has been growing cereals of various kinds for 5 generations and distilling as well.

The company has adopted Rozelieures as its brand name for its single-malt whiskies. It makes five versions of whisky using the ingredients grown by the family and a double-distillation process.

Here’s a sixth bonus brand for the list for a company at the festival that wants one day to be distilling its own purely French whisky.

The Black Mountain company was founded in 2012 by a group that wants to build a distillery on a place called Black Mountain, which is located just inside the Aude Department and 1,211 meters high. As the story goes, the founders stumbled across a stream with “exceptional qualities, with a low level of minerals, and whose characteristics were all necessary to the production of a whisky with an authentic taste of the South West.” The stream flows down in the Tarn Department where it’s captured and used for the whisky.

However, their plans have been slowed as they run the French administrative gauntlet. The site where they want to build is located just inside the Parc Naturel Régional du Haut Languedoc. And the founders say that despite spending a lot of time and money trying to convince French authorities to let the proceed, they haven’t been able to start work yet.

So in the meantime, they are purchasing whisky from elsewhere, blending it with the water from the Black Mountain, and finishing it by placing it in casks at a facility near Condom in the Gers Department. In the meantime, they’re still pursuing their goal of buidling a distillery near the town of Fraisse-sur-Agout in the Hérault Department.